No one in Brazil appears keen on OPEC diet, Rystad says

In case Brazil joins OPEC (Organization of the Petroleum Exporting Countries), OPEC would be the clear winner and Brazil the loser by a long shot, energy research firm Rystad Energy said commenting a recent statement by Brazil’s president Jair Bolsonaro that he would like to see Brazil join OPEC.

Brazil has experienced a tremendous spurt in crude oil production, propelled by the development of its pre-salt resources.

This, in 2014, made Petrobras the world’s most indebted listed E&P company. Petrobras would be counting on the revenues from its growing production to help scale its debt mountain. 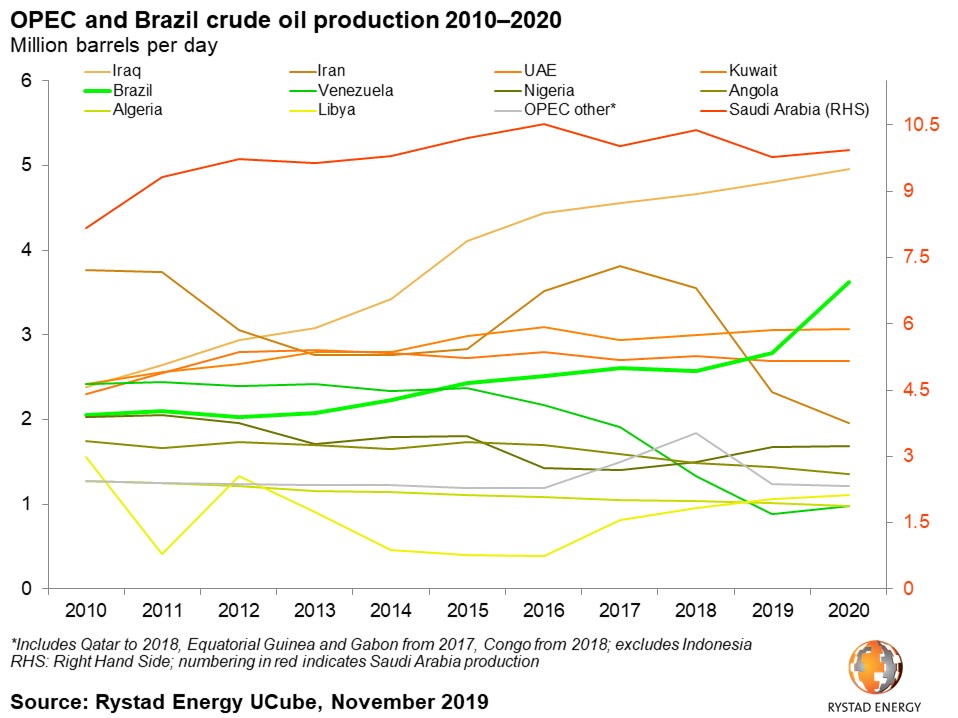 In addition, the new entrants nibbling at Petrobras’ divestment clusters don’t need OPEC — they want to stabilize and even grow production at their acquisitions, Rystad adds.

The oilfield service industry doesn’t need OPEC — it would rather have increased production levels to ensure more business.

Brazil has been invited to join OPEC previously also; then the government stated that under Brazilian law it can’t interfere with production operations.

So even the Brazilian government doesn’t really need OPEC. No one in Brazil appears keen on the OPEC diet.