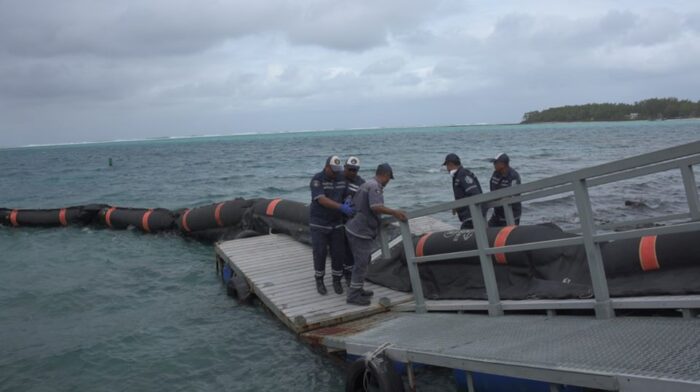 Mauritius’ Minister of the Environment Kavi Ramano addressed the current response to the grounding of the MV Wakashio, on a reef off Pointe D’esny.

The Wakashio was heading to Brazil from China, when it ran aground around on Saturday, July 25.

The ship is not carrying any cargo, but it Minister Ramano reported that it was carrying 3,894 tonnes of low-sulphur fuel oil, 207 tonnes of diesel and 90 tonnes of lube oil.

In addition, there are reports indicating the ship’s hull is undamaged, but the engine room has flooded because of a ruptured hose.

All crew members currently remain on board.

What is more, Mr. Ramano informed that there is no oil spill. However, traces of hydrocarbons have been reported in algae over 300 meters. These are believed to have come from the engine room, while no further leakage has been detected.

Furthermore, a boom has been placed near the entrance to the Blue Bay Marine Park, which is a protected area in south-east part of the island just south of the grounding site.

Finally, a tug has been dispatched from South Africa, with a second tug with oil spill response equipment being underway from Singapore with an ETA on Wednesday, July 29.