Nine rescued after tug sinks in Bay of Bengal 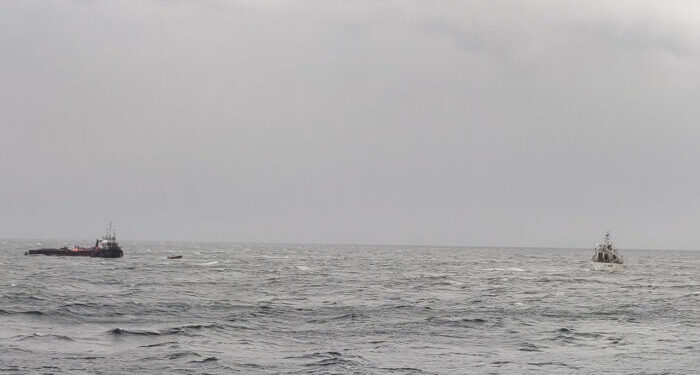 Nine crew members of tugboat that was sinking in the Bay of Bengal, were saved by the Indian Coast Guard, on June 23.

According to information, one crew member was injured in the leg, but overall the crew were safely transferred to shore. However, efforts to save their vessel were unsuccessful.

The tugboat, Ganga 1 had left from Port Blair, and was due to reach the port on Little Andaman Island on the morning of June 23.

About 30 miles south of Port Blair, the crew on the tug reported heavy flooding in the engine room. The seafarerers immediately activated an emergency distress call, but because ofthe uncontrolled flooding, the nine crew aboard the tug decided to abandon their vessel.

Upon arrival on the scene, the Indian Coast Guard vessels tried to save the sinking vessel, but the tug was listing heavily to port.

After that, he PMB tug Ocean Marvel started towing to bring the sinking vessel to Port Blair with the Coast Guard ships as an escort. However, the ship eventually sank off Cinque Island.

As for the crew of the tugboat, they were transported back to Port Blair.