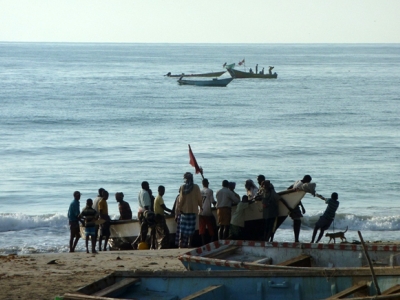 Maritime piracy in the Gulf of Guinea is not a new phenomenon and in many ways has been over shadowed by Somali piracy in recent years. A recent attack in the region illustrates a worrying and new development for the industry.

In the early hours of Saturday 6 October, a Panamax tanker was boarded by suspected Nigerian pirates, in what is the first such recorded vessel hijacking off the Ivory Coast.

The vessel was anchored and midway through a ship to ship (STS) operation off Abidjan when the incident occurred. Fourteen pirates armed with knives and AK47s boarded and hijacked the vessel, with more than 30,000 tons of gasoline on board. Under the control of the hijackers, the vessel left Abidjan, passing the neighbouring waters and coastlines of Ghana, Togo and Benin before finally arriving in Nigerian waters.

The vessel was subsequently released on 9 October, but only after approximately 2,500 tons of gasoil had reportedly been misappropriated from the vessel. The crew of two Greeks and 22 Filipinos are reported to be in good condition with some damage to the vessel’s communication system.

The spill over of Nigerian style piracy to neighbouring waters, was particularly acute in 2011, when some 20 tankers were targeted off neighbouring Benin. Last year, eight vessels were hijacked in these waters between the months of March and September. In the majority of cases part cargoes of gasoil were subsequently stolen before the vessels were released.

In response to this spike, the Nigerian and Benin navies commenced joint operations to police the waters off Benin. Like in many policing operations, the consequence was to displace and move the problem further away.

To date in 2012, 11 reports have been received in the waters off Benin’s neighbour Togo, the majority of which aimed at anchored vessels. Three vessels have been hijacked and two boarded. This unfortunately illustrates how Nigerian piracy has been gradually spreading westwards in the Gulf of Guinea for the past two years.

The latest incident off the Ivory Coast is however totally unprecedented and the furthest reported attack away from Nigeria. It does represent a potential game changer for Gulf of Guinea piracy. Many tanker operators may have felt until this incident safe performing STS operations ‘further west’ in the Gulf of Guinea despite the expanding threat of Nigerian piracy. These operators and cargo interests may now be seriously rethinking their strategies in light of the latest hijacking off Abidjan.

What is also worrying about the illegal theft and transfer of gasoil cargoes from hijacked ships in the Gulf of Guinea is that it does not appear that these are opportunistic attacks. Here the pirates are targeting their attacks far away from their bases specifically against product tankers carrying refined oils. They have other smaller tankers available to offload the cargo and then take stolen cargo to its final destination. The gangs have access to ship movement intelligence along with a substantial network, personnel and expensive physical assets. These are well organised and resourced criminals. If the law enforcement agencies of the coastal countries in the Gulf of Guinea do not take determined action to arrest and prosecute them, they may find they have a growing criminal phenomenon taking root in coastal communities which they are unable to bring easily under control.

IMB strongly urges all shipmasters and owners to continue to report all worldwide actual, attempted or suspicious piracy and armed robbery incidents to the IMB’s Piracy Reporting Centre.