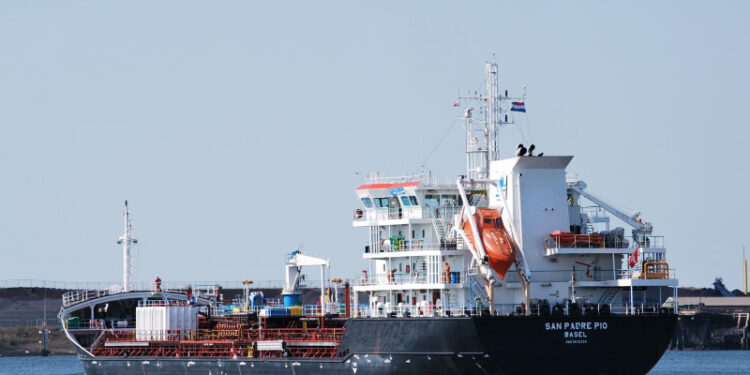 The Nigerian government returned the Swiss tanker ‘MT San Padre Pio’ to the government of Switzerland Saturday, three years after the ship was seized by the Nigerian Navy.

The navy arrested the vessel with its 16 Ukrainian crew members back on 23 January 2018 after it was caught transferring oil into another ship in the middle of the night, within Nigerian waters, without permission from relevant authorities, local media reported.

Later, some of the crew members were released, while some remained onboard to maintain the vessel. The release came following diplomatic talks between then-Vice President and now President of Switzerland, Guy Parmelin, and Nigeria Vice President Osinbajo, that ended up in the signing of a MoU on May 20 for the unconditional release of MT San Padre Pio to the Swiss government.