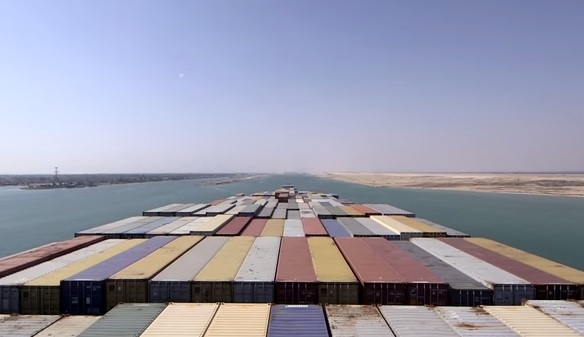 The NGO Shipbreaking Platform and Transport and Environment (T&E) denounce Maersk Group’s decision to beach their end-of-life vessels in India.

The world’s leading container ship owner was previously guided by a progressive policy on ship recycling: its old vessels were dismantled in modern ship recycling facilities in either China, Turkey or Europe. Maersk’s decision to resort to the low-cost beaching method in India undermines European efforts to improve global conditions and the company’s position as industry leader.

“Maersk estimates they can realise an additional 1-2 million USD per ship by onselling to dismantling companies in India. It is hypocritical to see Maersk’s engagement in India presented proudly in the company’s CSR Report as one that aims at promoting higher standards. The fact is that they are already selling ships now to facilities that operate under conditions that would not be allowed in Europe – they admit themselves that the decision to go to India is primarily taken to make their financial report look better”, says Patrizia Heidegger, Executive Director of the NGO Shipbreaking Platform.

The Platform had welcomed Maersk’s initial idea to set up a long-term cooperation with stakeholders in India provided that the objective was to set up a modern ship recycling facility in line with the safety and environmental requirements set out by the European Ship Recycling Regulation. However, the hasty decision to sell off end-of-life vessels to Alang shows that the decision is merely driven by profits. In times of low freight rates, Maersk intends to boost its profits by selling to yards that do not comply with European standards.

All yards in Alang dismantle vessels in the intertidal zone. This means that ships are broken in an unprotected marine environment – a method which has been identified at the international level as one that needs to be phased-out and that European law has banned. Environmental concerns remain linked to the abrasion of toxic paints during the beaching process and when cut-off blocks and hulls are winched further up the beach, oil spills and the release of slag and paints chips into the water, and the debris created by the gravity method when blocks crash down on the intertidal zone.

Moreover, working and living conditions in Alang remain inadequate. The lack of decent accommodation will not be solved before the first Maersk vessels arrives in Alang, nor will there be access to a proper hospital specialised in accidents and burn wounds. Maersk seems also to ignore the lacunae of proper downstream waste management in India: asbestos-containing materials can and are re-sold freely and PCBs cannot be properly destroyed. These issues are not dealt with by the Hong Kong Convention – for European Union approval these problems will however need to be addressed.

“The situation in Alang is not ‘fantastic’ as stated by Maersk. Similar conditions would not be accepted in Denmark, in any other shipping nation in Europe, or in the shipping hubs in East Asia. By selling ships to the Alang beach, Maersk is externalising costs for proper recycling and undermining the standard set by the European Ship Recycling Regulation,” states Patrizia Heidegger.

“We expected visionary leadership from Maersk and that their CSR report boasted support for the setting up of a truly modern ship recycling facility in India. Instead they are rubberstamping practices that they previously denounced.”

Maersk has stated in Danish press that several of their ships will be sold to the beach of Alang in the coming six months.