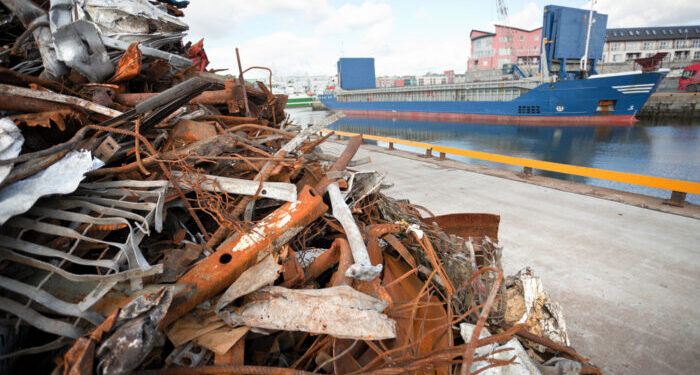 According to the new data published by the NGO Shipbreaking Platform, 630 ocean-going commercial ships and offshore units were sold to the scrap yards in 2020, out of which 446 large tankers, bulkers, floating platforms, cargo- and passenger ships were broken down on three beaches in South Asia, amounting to near 90% of the gross tonnage dismantled globally.

Accordingly, in 2020 the beaches of Alang in India, Chattogram in Bangladesh, and Gadani in Pakistan saw approximately the 90% of the global world tonnage. The NGO explains that the bad practices of ship breaking have a severe impact on the people and the environment as well; Workers – often exploited migrants, some of them children – are exposed to immense risks.

They are killed or seriously injured by fires and falling steel plates, and sickened by exposure to toxic fumes and substances. Coastal biomes, and the local communities depending on them, are devastated by toxic spills and air pollution due to the lack of infrastructure to contain, properly manage and dispose of the many hazardous materials embedded in the ships.

It is a scandal that laws and standards aimed at protecting people and the environment are ignored when scrapping the near totality of the global fleet. Governments, the clients, financiers and insurers of shipping, as well as the employees of shipping, need to take a much stronger stance against this exploitation of vulnerable communities and fragile ecosystems.

It is highlighted that Greece topped the list of country dumper the year that passed, as Greek owners sold 48 ships for scrapping in South Asia, most of which were beached in Bangladesh and Pakistan.

In the meantime, the “worst corporate dumper” according to the NGO is the South Korean company Polaris Shipping. The company scrapped 11 of its carriers in 2020, among them the “Stellar Daisy” vessel which sank in the Atlantic with the loss of 22 lives in 2017, and the “Stellar Banner“, which was scuttled off the coast of Brazil in June. All 11 units were beached in Bangladesh and Pakistan.

On 22 June, during an illegal night shift at Jumuna Ship Breakers yard, a worker was hit by an iron piece in the stomach on the ship Stellar Knight.

On 1 July, another worker fell and broke five ribs while dismantling the Stellar Iris at KSB Steels yard.

On 1 July, a worker fell from the Stellar Journey at RA Shipbreaking yard.

On 25 December, a worker was killed when hit by a large iron piece while breaking the Stellar Hermes at Kabir Steel’s Khawja yard.

Following, making the list of the worst dumpers is also the South Korean company, Sinokor. The company sold four vessels for scrapping in Bangladesh last year. On 24 March, two brothers died due to toxic gas inhalation while working in the engine room of the tanker West Energy at Kabir Steel’s Khawja shipbreaking yard.

Nicola Mulinaris, Communication and Policy Officer at the NGO Shipbreaking Platform added that

To avoid such deplorable practices in the future and ensure the enforcement of international legislation on hazardous waste exports, Brazilian authorities need to introduce stricter requirements for the public auctions of Petrobras’ end-of-life vessels.

Concluding, the NGO explains that although there are many regulation implied, many are ignored and circumvented by ship owners, often with the aid of cash buyers.