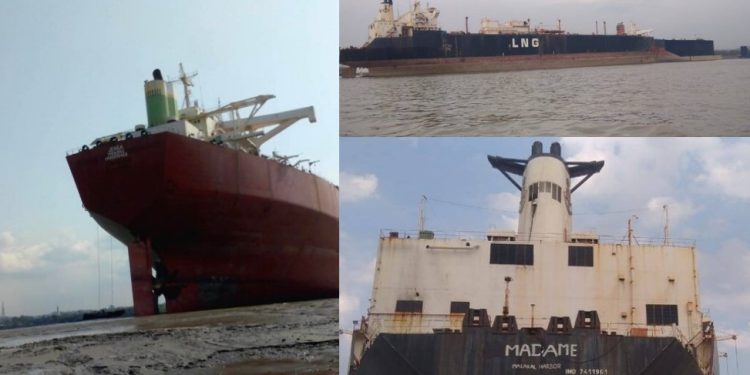 The NGO provides an overview of accidents that took place on the beaches of South Asia and recent on-the-ground developments, including the organization’s activities. It aims to inform the public about the negative impacts of substandard shipbreaking practices as well as positive steps aimed at the realisation of environmental justice and the protection of workers’ rights.

In November 2020, Georg Eide, a Norwegian ship owner, was sentenced to six months unconditional imprisonment for having assisted scrap dealer Wirana in an attempt to illegally export the dry bulk vessel Tide Carrier to Pakistan for scrapping. In 2017, the Platform alerted authorities about the illegal export.

Georg Eide appealed the first verdict, and the appeal case was heard in February 2022, when the appeal Court decided to maintain the unconditional prison sentence of 6 months.

On January 7, Ranvikram Tripura lost his life at the age of 27 when he fell from the vessel Bull Kalimantan, an Indonesian-owned vessel, at S.I. Ship Reprocess Ind yard. Ariful Sujan (27) died at Kabir Steel Ltd during a night shift on February 1st after being hit by an iron rod while working on board the vessel Pioneer. A week earlier , the Business Post had reported an accident that seriously injured Mohammad Bakul Pramanik (57) at the same yard.

On March 7, Abdullah Sheak (24) got injured when he feel during cutting operations on board the Madame, owned by Sonatrach Petroleum Corp, at the Pacific Shipbreaking Yard.

On March 7, the breaking operations on the J.NAT left 3 workers injured after an explosion. According to local media, a fire broke out during the scrapping of the ships at Deewan Ship Recycling Pvt Ltd.

After dismantling operations on the J.NAT started in May 2021, local media reported that mercury-contaminated oil sludge was removed from the ship and filled in drums for sale, with workers complaining of severe burning, rashes on their hands and face, and breathing difficulties.

According to local sources and the Gujarati newspaper Saurtra Samachar, on February 17, a cutting plate hit Avinash Kumar Jayanti Ram (45) in the head at plot no. 40 (Bansal Group Honey) causing his death.

#1 Saipem platforms continue to be beached in India

In 2021, 583 ships , including tankers, bulkers, platforms, general cargo, ferries and cruise ships, washed up on the shores of Bangladesh, India, and Pakistan. Amongst these vessels, 3 semi-submersible platforms, which belonged to Saipem, were beached in India.

#2 ABG Shipyard in India involved in biggest fraud cause

The Central Bureau of Investigation (CBI) has registered a federal investigation report against ABG Shipyard Ltd and its directors, including chairman and managing director Rishi Kamlesh Agarwal, in what could be the biggest fraud case in the history of India.

Bangladesh has long wanted to focus on ship building and not just on ship-breaking. Nizam Shipping Ltd, a shipbuilder in Jhalakathi (Bangladesh), is pushing to expand its business to the international market. Nizamuddin, owner of Nizam Shipping Ltd, claims that the shipyards in Barishal would benefit immensely if a shipbreaking yard in the vicinity of Payra port was established in the division.

The Sonaichhari canal, which is directly connected to the Bay of Bengal, was once a bustling 15 meter wide waterway that aided 300 fishermen. The Daily Star reports that over the last 3 years Chattogram’s Sitakunda Upazila’s Administration and Department of Environment (DoE) have completely disregarded how two ship breaking yards have illegally taken lang along the canal. Both yard, Seiko Steel (Darus Salam Enterprise) and Jiri Subadar Steel Mills, have encroached the canal from two sides.

According to IndustriALL, a shipbreaking worker was fired without a written notice at Kabir Steel, and made a complaint to the Department of Inspection for Factories and Establishment (DIFE).

Recyclers at Gadani have gained a pricing advantage over their competitors at Alang, allowing them to buy ships they ordinarily would not approach.

After the recent accident on March 7, the Balochistan Environment Protection Agency (EPA) has launched administrative action to implement standard operation procedures (SOPs) based on the environmental laws at Gadani Shipbreaking Yard.

Concentrations of mercury are especially high in the East Asian region, where the processing of crude oil ends up contaminating the offshore units’ structures, tanks and piping. Many of these units originate from the Indonesian oil fields. There are approximately 70 FPSOs currently operating globally. Between 2015 and 2020, Bangladesh received at least 21 FPSOs for dismantling. As for oil and gas related units that are structurally more similar to conventional ships, out of 46 drill ships and FPSOs/FSOs scrapped in the last 4 years, 33 were breached in South Asia, including units owned by Shell, SAIPEM, Odebrecht, Maersk and SBM Offshore.

We have been witnessing this environmental and human rights scandal for too long. All ship owners are aware of the dire situation at the beaching yards and the lack of capacity to safely handle the many toxic materials onboard vessels

…said the NGO in February. In South Asia, workers are exposed to immense risks, as dangerous working conditions, including fires and falling steel plates, kill or seriously injure numerous workers. According to the NGO, many more are sickened by exposure to toxic fumes and substances that can be found within the ships’ structures.