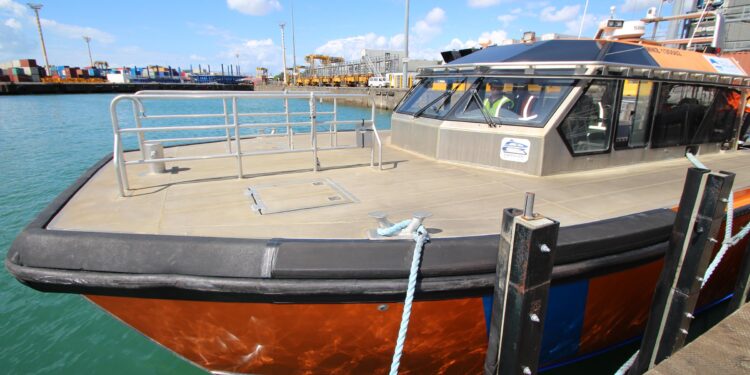 Ports of Auckland pilot boat, Wakatere, which struck and killed a swimmer on 20 April 2017

Ports of Auckland Limited (POAL) and one of its ship’s masters have been fined a total of $432,400 after pilot boats traveled at excessive speed in the Waitemata Harbour over a period of time involving thousands of voyages.

Maritime NZ Director, Keith Manch, said POAL has also agreed to pay $220,000 to the family of a swimmer, who died after being struck by POAL pilot boat, Wakatere, in April 2017.

POAL and the master of the pilot boat were sentenced in the Auckland District Court last week, having previously pleaded guilty to one charge each under the Health and Safety at Work Act (section 48, failure to comply with a duty that exposes an individual to a risk of serious injury, serious illness or death). The Court fined POAL $424,400 and the master $8,400.

Three rules govern the speed of all vessels in the Waitemata Harbour: