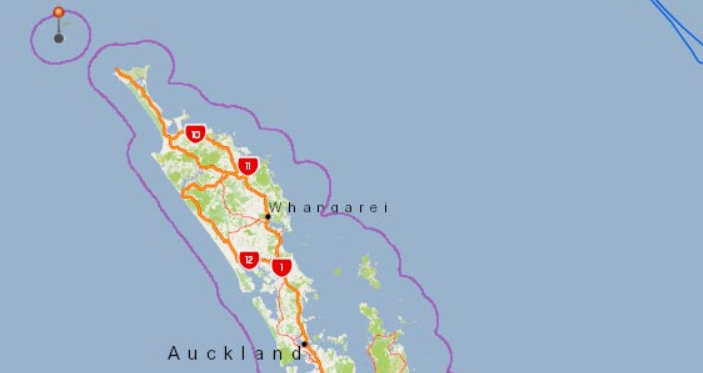 New Zealand authorities have initiated an oil spill response operation at Three Kings Islands, at the north part of the country, after a fishing vessel reported oil on fishing gear and on a small number of sea birds in the area Monday, according to Maritime new Zealand.

Initial aerial photos taken by a NZ Defence Force Hercules aircraft on Tuesday over the island didn’t show any visible oil in the water or on the shore.

Maritime NZ Incident Controller Bruce Barton said that while no oil has been seen in the photos, further investigation was necessary.

As soon as notification was received from a fishing vessel, activity began to try to determine the extent of the oil spill.

The vessel advised it had seen oil on fishing gear and on a small number of sea birds in the immediate vicinity.

Weather in the area was bad and communications with the vessel intermittent and of poor quality.

The forecast shows bad weather will continue at Three Kings Islands – located 55 km northwest of Cape Reinga – for the next few days with winds up to 40 knots with a significant swell.

This will make it difficult for boats and helicopters to reach the Islands.

Barton said that, due to the weather condition, natural wave action would likely disperse any oil.

In some ways, the bad weather is assisting our response and minimizing the impact of any oil that might be in the area.

Wildlife experts had advised that there is a limited number of species on the Islands. Mollymawks – also known as white-capped albatrosses – are known to inhabit the Islands, but not in the area where the spill was reported.

While further information is obtained, Maritime NZ continues to make preparations, including around oiled wildlife, for any possible response that may be required. An investigation continues to establish the origins of the spill,