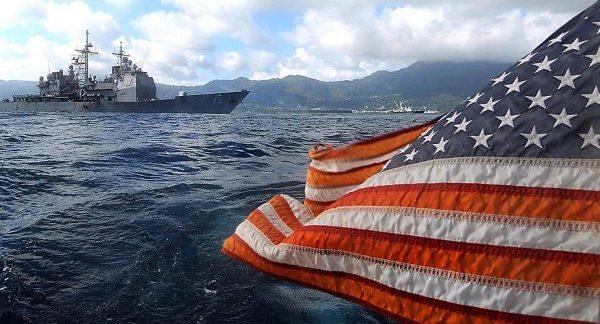 President Trump signed, on March 7, a new Executive Order entitled "Executive Order Protecting the Nation From Foreign Terrorist Entry Into The United States". According to E.O., crewmembers from Iran, Libya, Somalia, Sudan, Syria and Yemen will not be able to enter the U.S. unless they hold valid visas prior to March 16th.

It is noted that, if a crewmember holds a valid visa, he or she will be free to enter the United States, but they will not be able to obtain visas until 90 days after March 16th.

In a statement issued on March 6th the Secretary of Homeland Security, John Kelly, wrote:

“The Executive Order signed today is prospective in nature – applying only to foreign nationals outside of the United States who do not have a valid visa. It is important to note that nothing in this executive order affects current lawful permanent residents or persons with current authorization to enter our country. If you have a current valid visa to travel, we welcome you.”

However, if a vessel arrives at a U.S. port with crew from any of the six designated countries who do not have valid visas, those crewmembers will not be permitted to leave the vessel and it can be anticipated that the U.S. authorities may well order that armed guards be placed at the vessel’s gangway to prevent any such crew from departing the vessel. In addition, if any crewmember’s visa expires after March 16, the crewmember must apply for a new visa.

The E.O. has an effective date of March 16, 2017 at 12:01AM, eastern daylight time. The specific E.O. consists an update of President Trump's earlier E.O, in January 27, which banned for 90 days any immigrant or nonimmigrant entry into the U.S. of foreign citizens from Iran, Iraq, Libya, Somalia, Sudan, Syria and Yemen, and was suspended by a Federal district court judge on February 3. The previous E.O. would have impacted vessels with crewmembers from those countries.