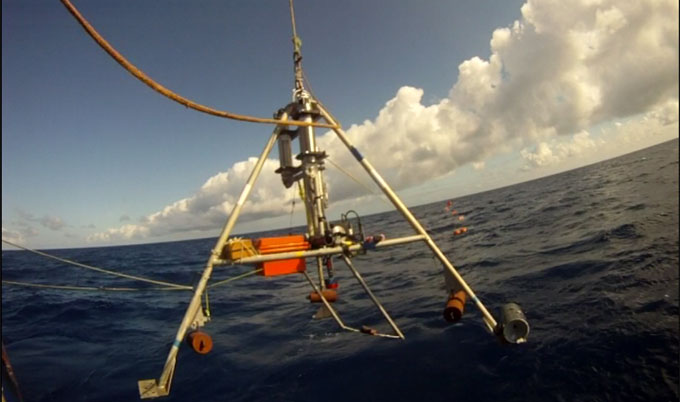 Animals from six of the deepest places on Earth were found to contain man-made fibres and plastic in their stomachs, according to a new study by Newcastle University.

As part of Sky Ocean Rescue - a campaign to raise awareness of how plastics and pollution are affecting seas - the scientific team, led by Dr. Alan Jamieson, tested samples of crustaceans found in the ultra-deep trenches that span the entire Pacific Ocean - the Mariana, Japan, Izu-Bonin, Peru-Chile, New Hebrides and Kermadec trenches.

These range from seven to over 10 kilometres deep, including the deepest point, Challenger Deep in the Mariana Trench, at a staggering 10,890 metres deep, showing that not only have plastics now reached the deepest chasms of oceans, but they are being ingested by the animals that live there.

In particular, the team examined 90 individual animals and found ingestion of plastic ranged from 50% in the New Hebrides Trench to 100% at the bottom of the Mariana Trench. The fragments identified include semi-synthetic cellulosic fibres, such as Rayon, Lyocell and Ramie, which are all microfibres used in products such as textiles, to Nylon, polyethylene, polyamide, or unidentified polyvinyls closely resembling polyvinyl alcohol or polyvinylchloride - PVA and PVC.

Using deep-sea ‘landers’ developed by Dr. Jamieson, the technology free-falls to the ocean floor and carries out a variety of monitoring and sampling tasks.

"These observations are the deepest possible record of microplastic occurrence and ingestion, indicating it is highly likely there are no marine ecosystems left that are not impacted by anthropogenic debris," he said.

Although the majority of marine litter can be observed floating on the surface, the degradation and fragmentation of plastics will ultimately result in sinking to the underlying deep-sea habitats, where opportunities for dispersal become ever more limited.

“Litter discarded into the oceans will ultimately end up washed back ashore or sinking to the deep-sea, there are no other options. Once these plastics reach the deep-seafloor there is simply nowhere else for them to go, therefore it is assumed they will simply accumulate in greater quantities," added Dr. Jamieson.