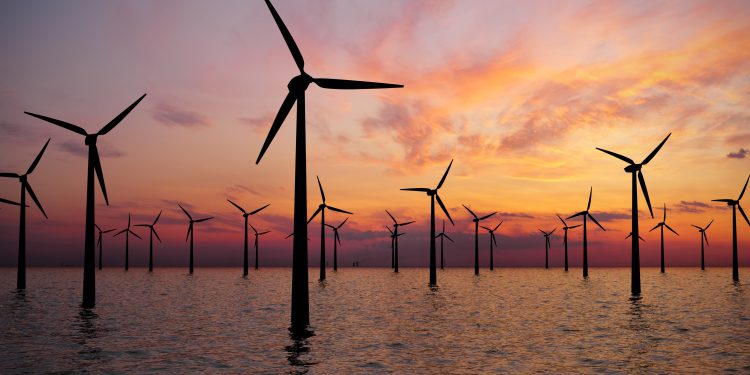 Velocity deficits, as high as 1 m/s or 10%, persist up to or greater than 100 km downwind of large offshore arrays, leading to long-range energy deficits much greater than expected by most subject matter experts in the industry.

ArcVera used the Weather Research and Forecasting (WRF) model, while the Wind Farm Parameterization (WFP) was added to the model to account for the effects of the wind turbines in the domain. According to Greg Poulos, CEO of ArcVera Renewables:

WRF-WFP’s results here show that engineering wake or WFAI models currently under-predict long-range wake losses by a significant margin. Unexpected losses are likely to accrue from wind farms once thought to be too far away to be material to project performance

On the other hand, the WFP in WRF has been validated against SCADA recorded production for an onshore case by ArcVera, and it was accurate with respect to long-distance wakes within 16% at a 5-km (50 rotor diameter) range. This tool is actively used to reduce risk and optimize wind farm design.