New study confirms LNG limits shipping emissions by up to 23% 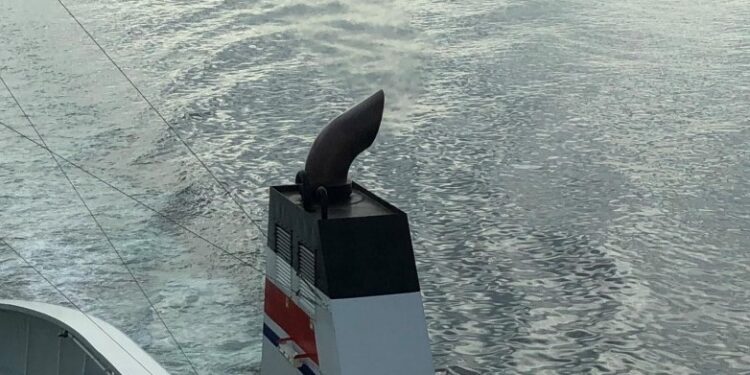 An update to the research study ‘Lifecycle GHG Emission Study on the use of LNG as Marine Fuel’ commissioned by SGMF and SEA-LNG in 2018 / 2019 has confirmed that GHG reductions of up to 23% are achievable from LNG as a marine fuel.

The second study found that, in addition to the considerable air quality benefits it delivers, LNG can “beyond question” contribute significantly to IMO’s GHG reduction targets.

It concludes that Well-to-Wake (WtW) emissions reduction benefits are between 14% to 23% for 2-stroke slow-speed engines, and between 6% to 14% for 4-stroke medium-speed engines. The study forecasts that, by 2030, 2-stroke engines using LNG will offer WtW GHG benefits of up to 24%, 4-stroke engines of up to 22%, as technological improvements will have reduced methane slip to minimal levels. 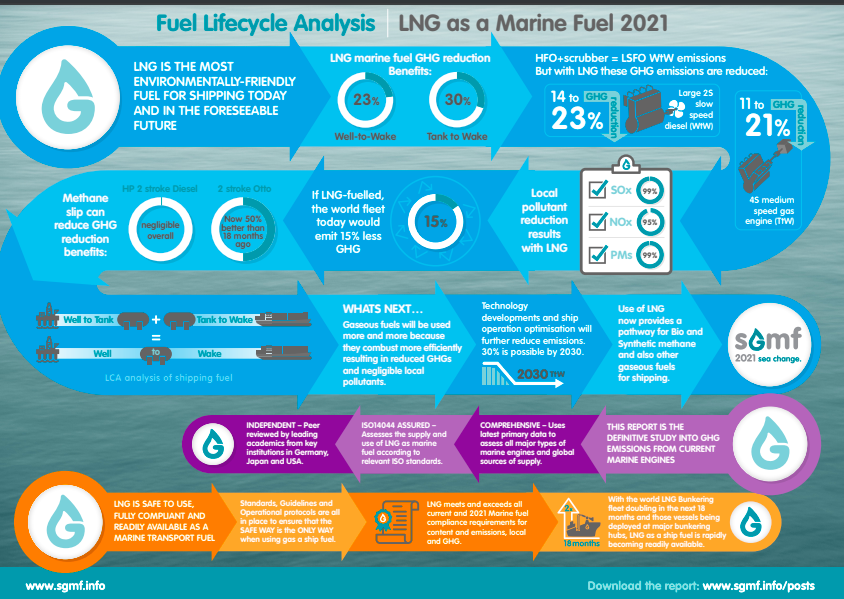 What is more, more than 70% of the marine fuel consumed today is by two-stroke engines with a further 18% used by four-stroke medium-speed engines. Considering the current global shipping fleet, broken down by engine technology and corresponding fuel, the study finds that total GHG emissions could be reduced by about 15 % simply by switching from oil-based marine fuels to LNG.

In addition, it underlines again that the use of LNG as a marine fuel has significant air quality benefits, with local emissions, such as sulphur oxides (SOx), nitrogen oxides (NOx) and particulate matter (PM), all close to zero.

Commenting on the study, Samir Bailouni, chairman, Society for Gas as a Marine Fuel (SGMF) said:

It is important the industry has the best information to make often complex choices between fuels. This study provides authoritative, high-quality data on Well-to-Wake emissions for LNG

The study findings will be presented by SGMF at the IMO informal intersessional GHG session taking place on 14-15 April 2021.

Samir Bailouni also added that the clear choice for an immediate and significant reduction in emissions is LNG, which is widely available and fully compliant with existing regulations. This is reflected in the rapidly increasing adoption of LNG in the deep-sea container, bulk and tanker sectors.

The study also reaffirms that the use of LNG as a marine fuel has significant air quality benefits, with local emissions, such as sulphur oxides (SOx), nitrogen oxides (NOx) and particulate matter (PM), all close to zero.

Moreover, the report notes that recognition for LNG and its pathway to a decarbonised future for shipping is accelerating.

The transition to bio and eventually synthetic LNG is straightforward, as the existing infrastructure and engine technology remain the same. The standards, guidelines and operational protocols are already in place and also provide an asset base that can be used by other alternative fuels, when and if they become commercially viable

SEA-LNG Chairman Peter Keller commented on the report, saying that it is clear that LNG plays an important role in decarbonisation today with benefits available now. He also explains that the Sphera study underlines the advances being made to counteract this concern.

Its analysis provides independent confirmation that, by 2030, methane slip will have been virtually eliminated as technological improvements continue. The facts consistently confirm that there is no deep-sea alternative fuel in the short to medium term other than LNG

As for Dr Oliver Schuller, Director Sustainability Consulting, Sphera, noted that the aim of the study is to provide an update to the research conducted in 2018 / 2019.

explore more in the report on lng