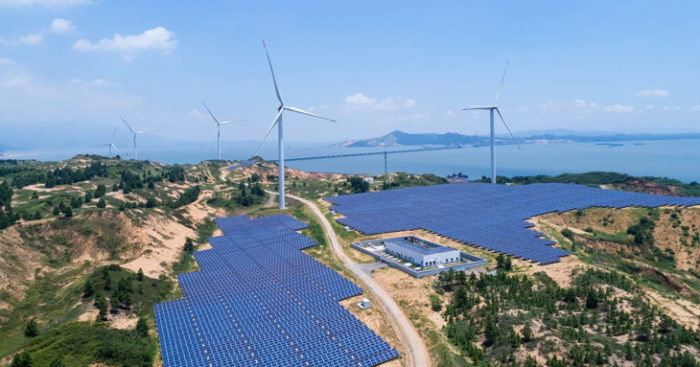 A new paper called 'Sailing on Solar', commissioned by Environmental Defense Fund Europe and developed by Ricardo, showcases a vision of how international shipping can meet its target of at least halving emissions by 2050, while at the same time helping developing nations leverage the emerging clean energy economy.

The paper focuses on green ammonia produced from surplus renewable electricity, which is one of numerous potential fuels for maritime transport that do not produce greenhouse gases.

Green ammonia is a substitute to fossil fuels and can be used in modified shipping engines and in fuel cells. Production of the fuel needs renewable electricity at a large scale. Thus, demand for green ammonia could increase investment opportunities in sustainable industrial infrastructure and renewable plants, especially in developing countries.

In addition, the paper analyzes the issues that need to be addressed both on ships and onshore to make green ammonia a viable bunker fuel, mentioning that the only barrier is cost. In fact, the report says, the IMO is considering new policies to facilitate achievement of its global climate goals, with the potential to introduce incentives to mitigate the final financial obstacles and unlock trillions of dollars of new investment.

Namely, it uses Morocco as a case study to present how countries, with untapped renewable energy potential, could benefit by establishing a green ammonia supply chain for the marine sector.

Commenting on the report, Aoife O’Leary, senior legal manager at Environmental Defense Fund Europe, said that emissions-free shipping can be the engine that drives green development across the world.  Specifically, the abundance and decreasing costs of untapped renewable resources such as solar and wind energy in developing countries make the production of maritime fuels that emit no greenhouse gases a big potential investment opportunity. As a result, shippers can look forward to a future fueled by air, water, wind and sunlight that go into manufacturing new fuels like green ammonia.

The thesis of this paper is that wider uptake of green ammonia will require investment in sustainable industrial infrastructure, including renewable electricity plants, to support a supply chain that is supplied around the globe. Countries around the world could benefit from this investment opportunity, especially developing countries with abundant renewable energy resources.

One of the key barriers to the development of large-scale renewable electricity plants in developing nations is uncertainty about the income from the sale of electricity because of the lack of demand for electricity or the low creditworthiness of potential purchasers of bulk electricity.

However, demand for green ammonia as a maritime fuel could provide a dependable long-term revenue stream - supported by long-term supply agreements - to unlock investment in renewable plants in developing nations.

What is more, the report says that the use of green ammonia in shipping can be truly emissions free on a life-cycle basis if the energy inputs used to make it are 100% emissions free with no additions from a grid supplied by fossil fuel generators.

Furthermore, the renewable electricity should be supplied from sources that are not currently utilised due to:

If none of these criteria is met, the higher energy demand involved in switching the electricity to a storable fuel will limit the environmental benefit that would come as a result of using the renewable electricity to replace current electricity demand met with fossil fuels.

Taking into consideration the relatively high costs of early renewable power-to-fuel projects, its use will only be commercially feasible through dedicated policy support that expressly attempts to achieve both development and climate goals. 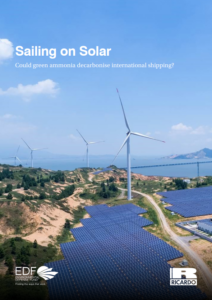