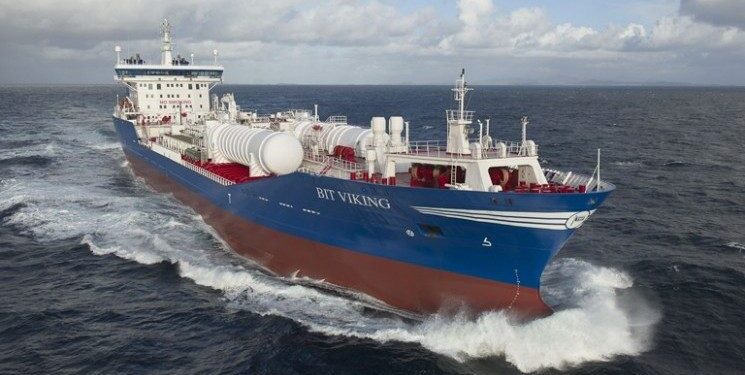 The Bit Viking was the world's first vessel to have its main machinery converted to burn LNG as fuel. Image Credit: DNV-GL

IMO recently announced that a new mandatory code for ships using gases or other low-flashpoint fuels entered into force on 1 January 2017, along with new training requirements for seafarers working on those ships.

Gas and other low-flashpoint fuels are cleaner for the atmosphere as they emit very low levels of air pollutants, such as sulphur oxides and particulates. But these fuels pose their own safety challenges, which need to be properly managed. The International Code of Safety for Ships using Gases or other Low-flashpoint Fuels (IGF Code) aims to minimize the risk to ships, their crews and the environment, given the nature of the fuels involved.

Amendments to the International Convention for the Safety of Life at Sea (SOLAS) require new ships using gases or other low-flashpoint fuels to comply with the requirements of the IGF code, which contains mandatory provisions for the arrangement, installation, control and monitoring of machinery, equipment and systems using low-flashpoint fuels, focusing initially on liquefied natural gas (LNG).

The amendments to SOLAS chapter II-1 (Construction – Structure, subdivision and stability, machinery and electrical installations), include amendments to Part F Alternative design and arrangements, to provide a methodology for alternative design and arrangements for machinery, electrical installations and low-flashpoint fuel storage and distribution systems; and a new Part G Ships using low-flashpoint fuels, to add new regulations to require ships constructed after the entry into force on 1 January 2017 to comply with the requirements of the IGF Code. Related amendments to chapter II-2 and Appendix (Certificates) also enter into force.

The IGF Code addresses all areas that need special consideration for the use of low-flashpoint fuels, taking a goal-based approach, with goals and functional requirements specified for each section forming the basis for the design, construction and operation of ships using this type of fuel.

A number of other amendments also enter into force.

• Amendments to the International Convention on Standards of Training, Certification and Watchkeeping for Seafarers (STCW), and STCW Code include new mandatory minimum requirements for the training and qualifications of masters, officers, ratings and other personnel on ships subject to the IGF Code.

• Amendments to SOLAS regulations II-2/4.5 and II-2/11.6 clarify the provisions related to the secondary means of venting cargo tanks in order to ensure adequate safety against over- and under-pressure in the event of a cargo tank isolation valve being damaged or inadvertently closed, and SOLAS regulation II-2/20 relating to performance of ventilation systems.

• Amendments to regulation 12 of MARPOL Annex I, concerning tanks for oil residues (sludge), update and revise the regulation, expanding on the requirements for discharge connections and piping to ensure oil residues are properly disposed of.

Also, from 1 January 2017, STCW certificates must be issued, renewed and revalidated in accordance with the provisions of the 2010 Manila Amendments. However, due to concern that some Parties may not be able to issue STCW certificates in accordance with the requirements of the Convention by 1 January 2017, IMO’s Maritime Safety Committee (MSC) in November 2016 issued a circular which agrees that a ‘practical and pragmatic’ approach should be taken during inspections, for a period of six months (i.e. until 1 July 2017), to allow flexibility in cases where seafarers are unable to provide certificates that were issued in compliance with the 2010 Manila Amendments.