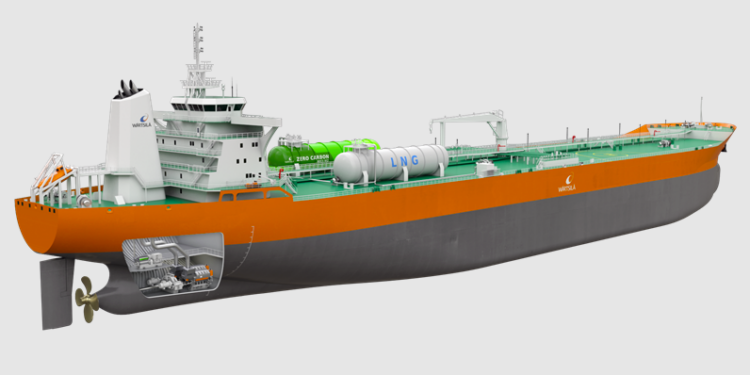 As a result, the design can achieve a reduction of up to 50% from the Energy Efficiency Design Index (EEDI) reference level value, and immediate compliance with the IMO’s 2030 targets.

The combination of fewer running components and 100% redundancy, with a single engine capable of handling both propulsion and electric power, even in port, promotes both safety and reliability,

A major issue of the upcoming IMO MEPC 76, to begin this week, will be the reduction of GHG emissions, including the Energy Efficiency Existing Ship Index (EEXI), operational Carbon Intensity Indicator (CII). The meeting is expected to adopt amendments to MARPOL Annex VI, by introducing new regulations 22 (attained EEXI), 25 (required EEXI) and 28 (operational carbon intensity), alongside the guidelines supporting EEXI and operational carbon intensity reduction measures.