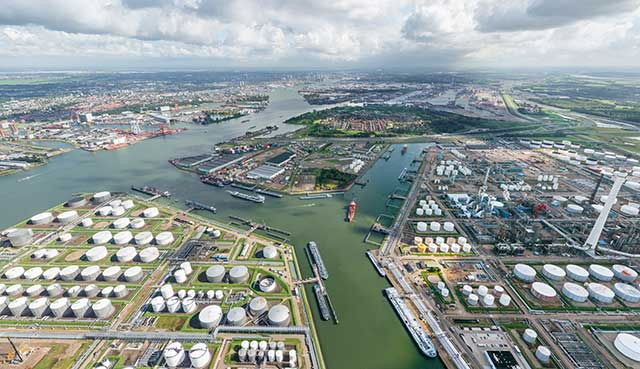 In a bid to bring hydrogen generation to an industrial level, a consortium of Dutch companies, universities and knowledge institutions have teamed up on the 'Gigawatt Electrolysis Factory' project. The project, recently kicked-off at the Institute for Sustainable Process Technology, aims to investigate what it takes to build a gigawatt-sized electrolysis plant in the Netherlands around 2025-2030.

As explained, around 2030, wind farms in the Netherlands and the North Sea will produce several dozen GWs of renewable electricity. On the other hand, current industrial plants producing hydrogen from natural gas have a capacity comparable to an electrolysis plant of GW size.

At present, industrial installations for the electrolysis of water - the electrolysers - are no larger than a few megawatts. A factory with a capacity of a gigawatt would thus operate a hundred to a thousand such electrolysers.

As such, the project seeks to identify the key barriers to overcome when the numbers of electrolysis cells (so-called 'stacks') in an integrated factory are hugely increased.

With this 'numbering up' it is important that the factory is able to operate in a dynamical fashion. After all, it will operate on electricity from wind or solar parks and will therefore have to cope with a varying electricity supply. It will have to be able to adapt to declining or increasing power supply.

Another important aspect of the gigawatt factory is the production of heat and oxygen which are potentially valuable 'by-products' of the water electrolysis. The technical design of the factory should take into account the capturing and delivery of hydrogen, heat and oxygen in a way that goes hand in hand with the operational strategy of the large-scale facility.

The ultimate goal of the project is to achieve an optimal design at minimal cost. With the current state of technology and current market prices, the investment for a GW electrolysis plant would amount to about one billion euros. The partners in the Gigawatt Electrolyser project aim for a design that reduces this amount three- or fourfold. Bringing the cost back to around 350 million euros for a GW electrolysis plant, would give rise to a competitive alternative for the conventional 'fossil' hydrogen technology.

...the Port of Rotterdam said.

In addition, an important project aim is to determine how the cost of electrolysers and components can decrease as a result of the scaling up of the electrolysis technology. This entails a study of the expected learning effects in the manufacturing industry which might be comparable to those that have led to cost reductions in wind and solar energy equipment.

The project is expected to stimulate innovation in the field of electrolysis technology, thus creating opportunities for the Dutch manufacturing industry in the production of electrolyser modules and components.

The project is coordinated by the Institute for Sustainable Process Technology (ISPT), the Amersfoort based intermediary between industry, SMEs, knowledge institutions and government, focused on the development of innovative process technology.

The project is part of the ISPT Hydrohub program, aimed at the scaling up of green hydrogen production. This also includes the Hydrohub MW test centre for testing new electrolysis technology on a megawatt scale, and an analysis of the future value chain in hydrogen production (HyChain).

The next step is to assess how an industrial GW electrolysis plant can be fitted into an industrial environment, and how a specific environment affects the cost of the plant. In the next project phase that is currently under development, case studies will be carried out in collaboration with industry.