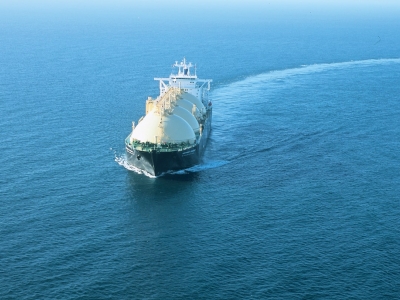 New Opportunities for LNG in Shipping

In early April the Commission announced renewed funding in the amount of 160.5 million to combat pollution caused by ships. The funds have will be made available for the European Maritime Safety Agency (EMSA) over a seven year period, in that way enabling the agency to maintain its network of specialised anti-pollution vessels and to further develop satellite images in order to detect, contain and recover pollutants emitted by ships on European waterways.

The EMSA Stand-by Oil Spill Response Vessels are commercial vessels which can be rapidly converted to oil pollution response activities. The contracted vessels have large recovered oil storage capacities and a choice of oil recovery systems. In parallel, the funds will support the efficient system of satellite imaging that has been developed to detect pollution in good time (CleanSeaNet)and which underpins efforts by the Member States to prevent illegal discharge and accidental spillage of oil.

In 2004, EU legislation (Regulation No 724/2004, 13 March 2004) gave EMSA a mandate to combat pollution caused by ships. An envelope of 154 million was allocated for the duration of the 2007-13 financial periods. This mandate was confirmed in the most recentrevision of EMSA's founding regulation, and extended to cover marine pollution caused by oil and gas installations and assistance to third countries sharing a regional sea basin with the EU.

Furthermore, the EC recently announced funding of 66.7 million under the secondMarco POLO programme to encourage companies to shift freight off the road and on to more environmentally friendly modes such as short-sea shipping, rail, and inland waterways. As part of the Commission's concept Motorways of the Sea the incentive is also aimed at bringing relief to Europe's over-stretched road system. Among its priorities the current initiative foresees "projects which implement innovative technologies or operational practices which reduce polluting emissions and/or fuel consumption of vessels" as eligible for funding. This obviously provides a promising opportunity for projects involving LNG, because the liquid fuel reduces emissions of sulphur oxide (SOx) by 90% and also allows for substantial reduction in CO2 emissions compared to traditional maritime fuels.

European transport policy is determined to improve the efficiency and sustainability of transport. In order to achieve the new limits of emissions the shipping industry is looking for new, more sustainable fuels and technologies. LNG is considered one of the most economical and realistic solutions because of the significant environmental advantages over traditional maritime fuels.

LNG as a fuel in shipping helps reduce sulphur oxide (SOx) emissions by approximately 90% and emissions of CO2 by about 20% compared to traditional fuels like Marine Gas Oil (MGO) and Marine Diesel Oil (MDO). LNG powered ships also readily comply with Stage IV emission standards for ships on the North Sea and Baltic Sea, to take effect by early 2015.