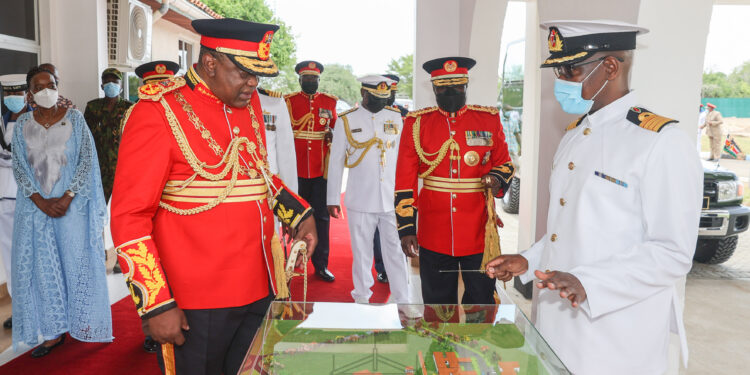 Kenya’s abundant maritime resources remain under-exploited despite being a priority sector in Kenya’s Vision 2030 industrialization quest. It is acknowledged that the Blue Economy if fully harnessed would generate immense social and economic benefits for the country’s economy in many ways.

First, enhanced exploitation of fisheries and aquaculture in the coastal zone will lead to improved food security. Second is the resultant growth in maritime trade through development of shipping and port infrastructure. A third component is increased tourism and recreation activities. Fourth, marine biotechnology would support innovations in pharmaceuticals and chemicals. Fifth is investment in energy through exploration of oil, natural gas and wind resources in the coastal shelf. Sixth, desalinization projects would improve fresh water supplies to coastal communities.

However, accelerating the Blue Economy demands that Kenya secures her 142,400 square-kilometer Exclusive Economic Zone. Maritime security is considered a crucial enabler of the Blue Economy as it creates a safe, secure and favourable ocean and sea environment.

Protecting the seas and oceans is critical in ensuring the maritime space can optimally contribute to sustainable development. This means countries must be fully aware of all risks and threats to the security and safety of the maritime domain including aggression from external forces as well as transnational criminal activities like piracy, illegal arms and drugs trafficking, marine terrorism, human smuggling and dumping of waste.

Located strategically in the Lamu Archipelago, the Kenya Navy Base in Manda Bay will therefore help address such risks and threats, making Kenya’s maritime economic zone safer for the ocean-related economic activities to thrive.

Safeguarding our maritime interests is paramount to achieving the desired economic transformation at national and devolved levels especially in the six coastal counties of Mombasa, Kwale, Kilifi, Lamu, Tana River and Taita Taveta, that are contiguous to the maritime economic zone.

With the coastal counties having already embraced the Blue Economy agenda, there is need to beef up security in the region especially considering its unique geographical location along the Kenya-Somalia border. For example, the Boni forest has been used by the Al Shabaab to terrorize local communities. Having a large military base in Lamu will hopefully deter such criminal elements and make the region safer and allow tourism and other economic activities to flourish,

Additionally, sustained interventions are needed to counter and prevent the spread of violent extremism, specifically addressing the economic and social factors fuelling radicalization among vulnerable communities and groups like the youth.

As mentioned, marine fisheries are a potential food security driver in the coastal region.  However, illegal fishing in Kenyan waters by foreign vessels has been a major challenge in the past. Fortunately, the Kenya Coast Guard is tasked with combating such illegal economic activities in Kenya’s territorial waters said to cost the country over Sh10 billion annually.

Also, we must ensure that transformative infrastructure projects like the Lamu port and the LAPSSET corridor are secure in order to open up coastal and northern Kenya to investment and trade.

The local communities also have a role to play in promoting maritime security. This includes working with community-based groups along the coastline to strengthen monitoring and surveillance through regular sea patrols as these have been shown to reduce illegal fishing.

Involving the local residents in conservation will also help secure buy-in for the Blue Economy agenda, since they will better appreciate the link between protecting the coastal ecosystem and the sustainable exploitation of fisheries and other marine resources thus benefiting from jobs and livelihood opportunities.

With the World Maritime Day set for September 30, this is an opportune time for countries like Kenya to reflect on ways to strengthen their maritime security. Protecting and securing the marine economic zone is a very critical step towards unlocking the immense economic potential lying untapped in their ocean territories.