New challenges for VLCC operators in 2018 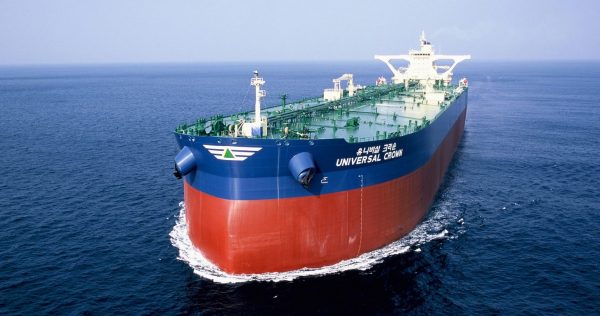 HMM's Universal Crown / Above image is used for illustration purposes only

At the beginning of 2018, new challenges are noted for VLCC owners. Rates are sluggish, with insufficient volumes and an oversupply of tonnage being the main reason, a Fearnleys report says.

Specifically, the Suezmax market has seen limited action, with Wafr being particularly quiet. Tonnage lists have increased in the West and it will take a lot of volume to decrease the current vessel availability.

In the North Sea and Baltic, rates did not change as we entered into 2018. Charterers are still fixing on 2017 world scale, but they must be careful, as flat rates wary a lot, due to the exchange rate in local currency to the USD. The expected ice in Baltic will also move rates for 3rd decade January loading.

In the Mediterranean and Black Sea the year started with a long tonnage list and almost no activity, with no improvement expected soon. In the Black Sea, cargoes are already covered up to the third decade, with Turkish straits delays stable around 5-7 days. Handies trading in the Mediterranean have not seen much excitement in the last few days and rates are unchanged since Christmas.

In the east of Suez, the market has not been good. Rates are at low levels and owners have not been able to put any pressure on charterers in order to improve earnings. In the opposite, the west of Suez saw a better start, with MR’s trading to the US having been maintained in pre-Christmas levels.

Finally, Far East had the same year start with east of Suez, as well. The short haul MR voyage from south Korea to Japan has gradually dropped from $390 to $260, whilst the MR voyage from Singapore to Japan is at ws 140, Fearnleys concludes.