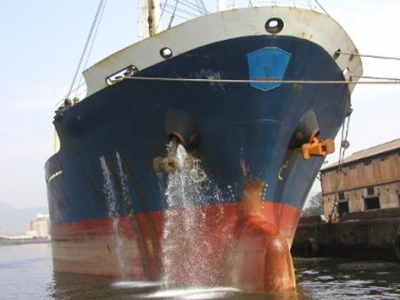 Nearly a quarter-century has passed since an oceangoing ship from Europe docked somewhere in the Great Lakes and discharged ballast water carrying tiny but tenacious zebra mussel larvae from Europe.

Within a few years after they turned up in Lake St. Clair, between Lakes Huron and Erie, the small freshwater mussels and their larger and even more destructive cousins, quagga mussels, had coated lakebeds throughout the region, clogging intake valves and pipes at power, water treatment and manufacturing plants.

The filter-feeding mussels have since helped to upend the ecosystems of the Great Lakes, fouling beaches, promoting the growth of poisonous algae and decimating some native fish populations by eating the microscopic free-floating plant cells on which their food web depends.

Yet it was not until last month that the Coast Guard issued a federal rule requiring oceangoing freighters entering American waters to install onboard treatment systems to filter and disinfect their ballast water. The regulation, which largely parallels a pending international standard and another planned by the Environmental Protection Agency, sets an upper limit on the concentration of organisms in the ballast water.

About 12,000 oceangoing ships moving through United States waters will be covered by the Coast Guard rules; hundreds reach the Great Lakes system through the St. Lawrence Seaway. Until now, they were only required to flush their tanks at sea, a system called ballast water exchange.

The goal of the new rule is not to vanquish quagga or zebra mussels - scientists assume they are here to stay - but to bar entry to other invasive species like the so-called killer shrimp that are spreading through Europe.

"Some things it's too late for," said Andrew Cohen, director of the Center for Research on Aquatic Bioinvasions in Richmond, Calif. "We're not going to keep quagga mussels and zebra mussels from coming to the U.S. They're here, and we're not going to get rid of them."

But "the damage to come may be worse than we've seen," said Dr. Cohen, who added that ballast water is a potential source of microscopic invaders like infectious or antibiotic-resistant bacteria that have sometimes reached North American waters.

Scientists have tracked at least 329 invaders in marine environments worldwide; ecosystems have been disrupted from the Great Lakes to San Francisco Bay, where the Asian clam is implicated in a collapse of fish stocks, to Lyttelton Harbor in New Zealand, where an invasive fanworm, a prodigious filter feeder, outcompetes local shellfish.

Yet environmentalists, who have long sought a tough ballast rule, worry that the Coast Guard rule and the other proposals are too weak and that the rollout of enforcement will be far too slow to do much good.

For now, the Coast Guard requires only new ships to install the filtering and disinfecting equipment; others can wait until the next time they enter dry dock for maintenance or repair, which may happen only every five years or so. Because some ships do not fall under the rule until 2016, it could be 2021 before they comply.

"The industry's had fair warning that this was coming," said Thom Cmar, a lawyer for the Natural Resources Defense Council who focuses on Great Lakes ecosystems issues. "To give an even further compliance extension on top of what's already been a long period of delay is unjustified."

The original proposal by the Coast Guard called for a reappraisal and tightening of standards in 2016; that was dropped, angering the environmentalists and some scientists. They say that onshore treatment plants could be 1,000 times as effective than onboard technology.

Land-based systems could filter ballast with dense and heavy material like sand, they say, a process that is likely to be difficult to replicate on a ship, at least not without crowding out cargo. Most shipboard systems - some 60 have been developed to date - mix and match different filtration methods, usually pumping water through filtered pipes. Then they treat the ballast water with chemicals or ultraviolet light.

The Coast Guard points out that a network of onshore treatment centers for ballast water has not been developed. Even if it were, said Richard Everett, the project manager at the Coast Guard's Office of Operating and Environmental Standards, "It's a question of whether we can require a ship to discharge to shore." Dr. Cohen said he and other colleagues on a panel advising the E.P.A on the issue had told the agency that the panel did not think present shipboard technology to be the best treatment, in part because land-based technologies can be more effective.

The shippers themselves prefer a single worldwide standard. Paul A. Londynsky, vice president for safety, quality and environmental affairs at the Matson Navigation Company, which is based in Oakland, Calif., said: "We go to multiple jurisdictions, multiple destinations. The idea of having a single standard to meet is much better."

"We think what the Coast Guard is proposing is very reasonable and certainly very achievable over time," Mr. Londynsky added. One Matson ship has been working with a new onboard system for cleaning ballast water; Mr. Londynsky said the current generation of ships had no mechanism for discharging ballast to a shore-based site for filtering.

Whether or not onboard systems are optimal, large international companies have already sunk considerable capital into developing them. "There's a huge investment gone into getting that right, getting that system within the tight space," said Frederick Royan, a research analyst at the market research firm Frost & Sullivan.

The new standards from the Coast Guard, the E.P.A. and the International Maritime Organization are expected to spawn a booming global market in such technology, the firm says. Frost & Sullivan predicts that ballast-water management technologies and their corporate backers will compete for an estimated $35 billion in sales over the next decade as the rules take effect.

The E.P.A.'s standard is likely to be made final later this year; the international standard has yet to muster the required support from 30 countries representing 35 percent of the world's shipping tonnage.

"It's a huge cottage industry waiting to happen," said John Berge of the Pacific Merchant Shipping Association. "Whoever can come up with the best mousetrap certainly has a lot of business opportunities."

Regardless of the financial implications, Tom Nalepa, a biologist working with invasive species on the Great Lakes, is worried about the biological ones if the rule is inadequate.

The chief threat on his mind is Dikerogammarus vellosis, an aggressive freshwater shrimp that feeds on other shrimps and disrupts food webs. Native to Eastern Europe, it has made its way to Western Europe in recent years. "Dikerogammarus vellosis is a killer shrimp," he said. "If that gets into North America and the Great Lakes, it's going to cause as many changes as the zebra mussel."