Navigational safety: the challenges for improvement – A P&I club’s perspective

by John Dolan
in Opinions, Safety 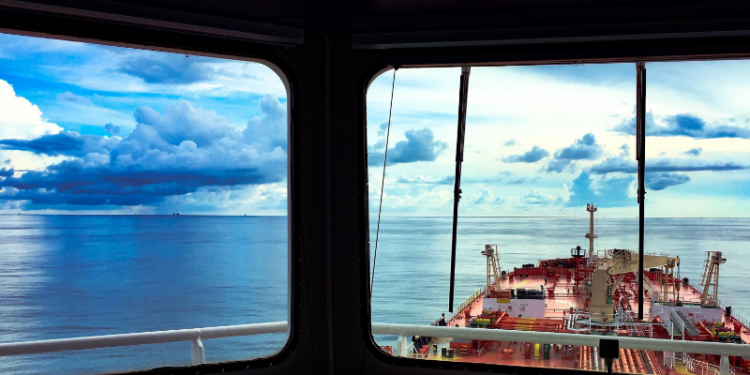 Reading through the many accident reports that have been published by Flag States and other competent authorities, there are recurring themes of poor lookout, suspect decision making, poor passage planning, lack of situational awareness, fatigue and poor communication. In the following article, Mr. John Dolan, Deputy Director, Loss Prevention at Standard Club examines why we have navigation-related accidents from a P&I perspective.

Reading the professional P&I examinations study notes recently, I noted the following quotation describing the context that resulted in the formation of the early marine insurance clubs. Essentially, they were places where ‘men of the sea pooled their difficulties and where help (both financial and otherwise) was given in sorting things out.’ This collaborative business model has been commonplace for more than a century; The Standard Club has been supporting its members since 1884.

In recent years, there have been many casualties resulting from poor navigation. This trend is surprising, given the advances that have been made in deck officer training in the past twenty years, particularly in the greater use of advanced navigation systems, and the implementation of safety management systems on board ships which are audited at regular intervals.

But still, things go wrong. Collisions, groundings, allisions occur and these are the risks and liabilities to which P&I insurers respond. The following industry and Standard Club statistics relating to navigation-related claims highlight the issue starkly.

The graphical data above from the European Maritime Safety Agency [“EMSA”] is self-explanatory and the scale of navigation-related accidents is clear.

The Pooling Agreement amongst the members of the International Group of P&I clubs provides a mechanism for sharing all claims in excess of US$10 million. The above graph shows the numbers and associated costs of all pool claims during the period 2015 – 2019. The large majority of the claims are navigation-related and many should have been, in our view, preventable.

To illustrate the challenge further and looking at the Standard Club’s own claims over the past five years, the number of navigation claims is relatively small – 8.5% – as a proportion of the total number of claims. The associated costs, however, has averaged 25% of the overall claims value during the same period. More importantly, these navigation casualties present a serious danger to the vessels, their crews, their cargoes and the environment.

So, why do we have navigation-related accidents? Reading through the many accident reports that have been published by Flag States and other competent authorities, there are recurring themes of poor lookout, suspect decision making, poor passage planning, lack of situational awareness, fatigue, poor communication between the ship’s officers and pilots and poor use of navigation equipment. These can all be classified under ‘human factors’ and suggest varying degrees of complacency amongst masters and deck officers in the conduct of their duties. This is not, however, a new phenomenon.

“But in all my experience, I have never been in any accident. . . of any sort worth speaking about. I have seen but one vessel in distress in all my years at sea. I never saw a wreck and never have been wrecked nor was I ever in any predicament that threatened to end in disaster of any sort”. E. J. Smith, 1907, Captain, RMS Titanic

The Titanic sank in 1912 in what became one of the most discussed shipwrecks in history.

While the vast majority of voyages today are completed safely and efficiently, thanks principally to competent crews, well-found ships and prudent owners /managers, there is a clear need in the shipping industry for improved bridge resource management on ships to improve navigation standards. P&I clubs are well aware of the issues and strive, therefore, to raise safety awareness amongst their respective memberships by sharing their claims experience and circulating bulletins and alerts which incorporate practical advice and lessons learned from accidents.

For example, The Standard Club recently collaborated with the UK Chamber of Shipping and many other industry stakeholders to publish a new and important publication, ‘Bridge Resource Management Guidance’. Chairman of the Task Force, Ville Patrikainen of P&O Ferries, commented that they were introducing ‘new industry-wide standard principles of working as a team on the Bridge, and setting clear limits for interventions and aids defining roles and responsibilities’. The guidance should also enhance safety in general by improving communication within and between teams, and ultimately prevent incidents involving single points of failure while minimising the number of navigation-related losses in the longer term.

A second area of interest that warrants closer study is ‘Human Factors’ and leadership training. It is evident that these human behaviours play major parts in high-stress, high-risk environments. This training includes team building, simulation and shared group debriefings and aim to improve crew performance. Such HELM courses are mandatory but their importance and value deserve wider recognition across the shipping industry.

A further initiative that the shipping industry can usefully engage in is the wider adoption of navigational assessment and audits. These frequently feature in the cruise and tanker sectors particularly but should be applied more broadly in other sectors. These can be useful in identifying improvements for navigational practices on board and can also result in better bridge team culture and interactions. The Standard Club’s experience is that these audits and assessments are best carried out during a voyage at sea where the assessor can observe the behaviours and performances of the master and officers when they are on duty. The benefits of this method far exceed the alternatives whereby the VDR records are simply reviewed or where the vessel is moored alongside a berth.

Finally, we would also recommend that a greater focus is placed on the timely and effective exchange of information between the master/bridge team and the pilots, perhaps even prior to the arrival of vessels at the pilot station. This is also an area of weakness and was referenced specifically in the Republic of the Marshall Island’s Annual Report on Investigations of Marine Casualties for 2019. The report states that ‘49% of collisions investigated by the Administrator occurred while the ship was under pilotage’. It also states that ‘The fact that 67% of groundings occurred when a pilot was on board is consistent with the fact that shoal waters are most frequently encountered when a ship is under pilotage’. Masters must be aware that even when pilots are on board, they are simply advisors to the masters who remain in command at all times.

It is said that a smart man learns from his mistakes but a wise man learns from the mistakes of others. Navigation-related accidents are large in number, frequently very expensive and they can be grave dangers for the safety of the ships, crews, cargoes and the environment. P&I clubs are aware of the underlying factors, particularly human factors, which cause these casualties and strive to raise awareness in the shipping industry on the measures that can be taken to reduce the risks. Increased training around the principles and application of Bridge Resource Management, complemented by regular and diligent navigation audits, will assist greatly in mitigating the serious risks involved.

John Dolan is a Deputy Director, Loss Prevention at the Standard Club. He has a ten-year extensive technical and commercial ship management experience as a General Manager/Director. He provided marine and technical due diligence/asset protection consultancy services to major shipping finance institutions for four years, and he was a board member of the International Chamber of Shipping, as an Ireland representative for six years. Mr Dolan has been a member of the Standard Club Safety & Loss Advisory Committee for nine years, and joined Charles Taylor in April 2015 as Deputy Director of Loss Prevention.