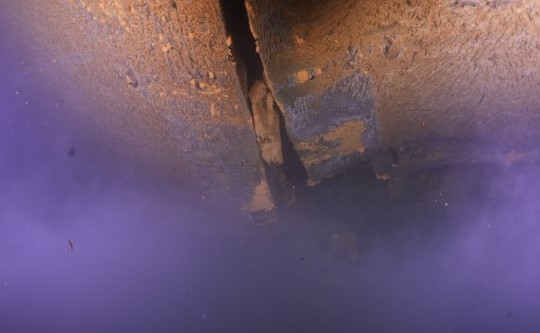 A new investigation into the sinking of ferry Estonia that claimed 852 lives in 1994 revealed flaws in its bow visor construction missed during its certification.

According to investigators from Estonia, Finland, and Sweden, if the necessary examination was carried out, the Estonia-registered ship would not be approved as seaworthy to serve the Tallin-Stockholm route it operated.

In 1997, an official investigation into Europe’s worst peacetime maritime disaster since World War Two concluded that the roll-on, roll-off ferry sank on a stormy Baltic Sea after a bow shield failed, damaging a bow ramp and causing the car deck to flood.

However, a Discovery Network documentary that was in 2020 showed underwater images of holes in Estonia’s hull, prompting Sweden, Estonia, and Finland to start a new survey of the wreck lying in shallow Finnish territorial waters.

If the inspection, following regulations, had been carried out, the flaws of the visor construction could have been discovered and the accident would probably not have occurred

the presentation of the new probe’s findings said.

More specifically, the holes discovered in the hull were possibly caused by the impact on the vessel on the sea bottom, stated Rene Arikas, Estonian Safety Investigation Bureau director, rather than have caused the sinking.

Before the final results of the probe are announced, the investigators will raise Estonia’s bow ramp to further examine the damage, take samples from the hull area, survey the inside of the ship, and conduct interviews with the survivors.

The following were the most significant findings concerning the wreck: