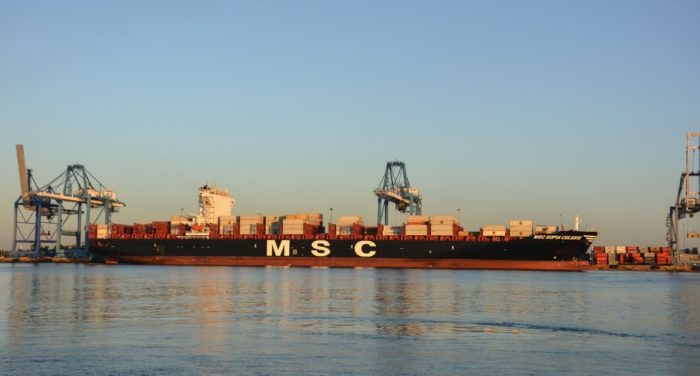 Namely, the violations were discovered during a routine audit of the company's 2014 visits to the Port of Oakland and the twin ports of Los Angeles and Long Beach. The inspection by CARB resulted to more than 2.500 violations concerning both the Oakland and LA/LB fleets. The violations occurred because of failure to limit auxiliary engine power generation by minimum 50% and because of surpassing limits for auxiliary engine run time as required by the At-Berth regulation.

According to Todd Sax, CARB Enforcement Division Chief, ocean-voyaging vessels are major contributors to air pollution. Even when in ports, their engines produce toxic diesel particulate pollution that has an impact not only to port-adjacent communities but to the whole inland regions as well. The regulation that the companies are obliged to pay, he continued stating, will contribute to protecting Californians and will also meet CARB's clean air goals.

Moreover, the At-Berth Regulation that was launched in 2007, was made to limit emissions from diesel auxiliary engines on container ships and refrigerated-cargo ships while berthing at a California port. Vessel operators can either turn off auxiliary engines and connect to grid-based shore power, or use alternative technologies to achieve equivalent emission reductions while in port. The regulation ultimately requires a fleet operator to reduce at-berth oxides of nitrogen (NOX) and particulate matter (PM) emissions from its vessels’ auxiliary engines in port by at least 80% by 2020.

Finally, the Switzerland-based MSC company is one of the largest container shipping companies globally. MSC cooperated with the investigation and converted its California fleets to 100% shore power-equipped vessels, and has had no further violations of the At-Berth regulation. The fine was paid to the California Air Pollution Control Fund to support air pollution research, and the company agreed to comply with all requirements of the regulation.