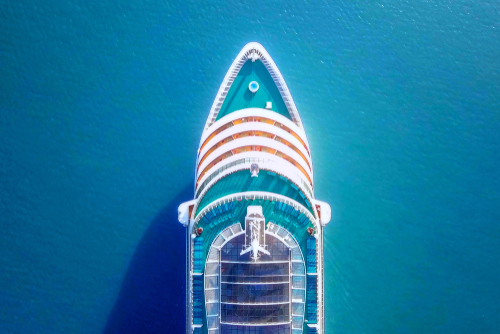 Namely, MSC ordered two luxury cruise ships to include a hydrogen fuel cell, while the company has already on the books a plan to use a solid-oxide fuel cell that will run not on hydrogen but LNG.

This aims to leverage the efficiency of using the technology to feed the power needs of the cruise ship’s hotel load with a fuel that is more widely available.

Recently, Stena Line informed that it has managed to decrease the carbon emissions by 11% per tonne of cargo carried over each nautical mile, as well as achieving a reduction of 4% total ship emissions compared to pre-Covid operations.

The main contributor to the result is the significantly higher utilisation and thus efficiency of the company´s fleet with cargo during the latest years. In its roadmap to a net-zero future, Stena Line has set up a target to reduce total CO2 emissions from its vessels by 30% by 2030.

What is more, over the past 15 years, Viking Line has also succeeded in reducing carbon dioxide emissions from its vessels by nearly a third.

More specifically, carbon dioxide emissions from Viking Line’s vessels have decreased 30% per nautical mile since 2008. One factor behind this significant reduction is the company’s environmental work consisting of a wide variety of measures.

The measures that have had the greatest impact are the 450 million euros invested in two climate-smart vessels on the Baltic Sea: Viking Grace, which made its maiden voyage in 2013, and Viking Glory, which was placed in service in March.

On the other hand, according to NABU’s cruise ship ranking 2022, environmental and climate protection are still not in the focus of companies.

According to NABU, only companies that are phasing out heavy fuel oil today and making zero emissions a standard for all newbuilds can credibly demonstrate that the announcements for a climate-neutral future for cruise shipping are serious.

Nineteen cruise lines were surveyed, and a total of 17 points were scored. First-placed Hurtigruten Norway, achieving just half of the possible points, with all other companies ranking behind it.

Among the top five are the three German companies: