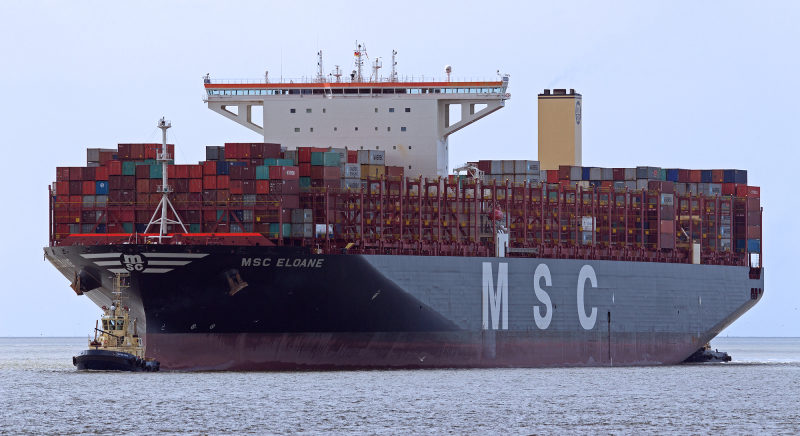 MSC may surpass Maersk as biggest ocean carrier by capacity

MSC confirmed the order of five 23,000 TEU ULCVs from the South Korean Daewoo yard, a step that will take the Geneva-based carrier’s orderbook to 16 vessels, for a massive 305,352 TEU. This new order is reportedly in line with MSC's order for 11 ships made in 2017.

The new order leads MSC to surpass Maersk as the biggest ocean carrier by capacity in the two following years. This week, Daewoo announced the order which costs $152 million per ship, with all five vessels being delivered to the shipping company by August 2021.

According to reports, the order will boost MSC's fleet, including current chartered tonnage, to just under 4m TEU.

In the meantime, in late August, Maersk's chief executive Soren Skou, commented that the company will remain stable in its capacity and stick to its 4m teu of deployed capacity because it helps them drive utilisation up and unit costs down. Yet, Mr Skou implemented that Maersk's fleet stands on more than the 4.2 million TEU, implying that a number of vessels is dry-docking for scrubber installation.

Recently, the new CEO of Hyundai Merchant Marine stated that he aspires the improvement of his company's relations with Maersk and the Mediterranean Shipping Company of the 2M alliance, to which he paid a visit to strengthen their relations.