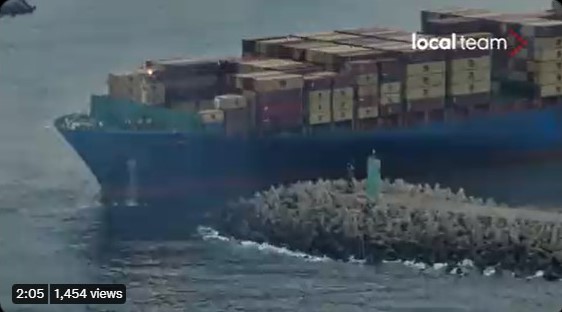 The MSC containership “MSC Elaine” ran aground on the breakwater at the Port of Gioia Tauro in Italy, on January 9.

According to information, five tugboats are attending to the grounded containership, but have not managed to dislodge it.

Reports claim that the vessels was outbound from the port when it apparently swung wide on a turn and grounded along a breakwater at the harbor’s entrance.

Furthermore, divers suggest that there is no serious damage to the ship in initial inspections and there has been no sign of pollution to date.

The local port authority is now investigating how the accident happened, which took place in benign weather conditions with vessel under tow.

Access in and out of the port, Italy’s largest container hub, has been severely hindered by the accident.