MSC Mediterranean Shipping Company (MSC) announced that it begins using biofuel in its vessels calling in Rotterdam; Yet, despite the company’s “green steps”, MSC is amongst the top ten polluters globally, as Transport & Environment study revealed.

Specifically, the company reported the trials they conducted using biofuel blends earlier this year were successful, proceeding to conducting bunkering based on biofuel blends on a routine basis.

The tests were finalised with a minimal 10% blend fuel and through additional trials the company is now using much higher 30% blends.

We are pleased to see these trials completed successfully and look forward to now using biofuel on our vessels as a routine matter. When using such blended fuel, we can expect an estimated 15-20% reduction in absolute CO2 emissions.

On the other hand, a recently launched report by Transport&Environment informs that MSC is amongst the top 10 carbon emitters; In essence, based on the data submitted by shipping companies through the MRV regulation, MS’s fleet, which moves consumer goods, ranging from electronics and fresh fruit to clothes and toys, was responsible for about 11 million tonnes (Mt) of CO2 emissions in 2018.

Additionally, the new European Commission president is committed to bringing international shipping emissions under the bloc’s emissions trading system (ETS) to help make Europe carbon neutral, with measures including a CO2 standard for how much ships can emit while in operation, will also be needed to accelerate the uptake of zero-carbon fuels and technologies.

Following its green and sustainable plans, MSC announced that it will not sail in Arctic waters and will instead focus on enhancing environmental performance on existing global trade routes. in protection of Arctic’s sensitive areas. 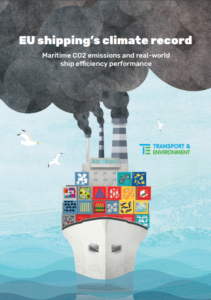