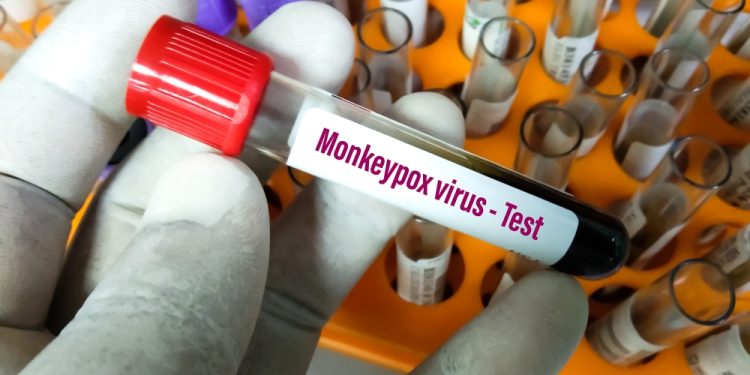 As of 22 June, WHO has reported over 3400 confirmed cases of monkeypox in 2022. Cases have been reported from 50 countries, with a majority being reported from non-endemic countries. The European region accounts for 86% of the reported cases and 11% of the cases have been detected in the Americas.

WHO continues to closely monitor the situation, and support international coordination and information sharing with Member States and partners.

According to the IMO, vaccination against smallpox was demonstrated through several observational studies to be about 85% effective in preventing monkeypox.

However, today persons younger than 40 to 50 years of age (depending on the country) may be more susceptible to monkeypox due to cessation of smallpox vaccination campaigns globally after eradication of the disease.

Complications of monkeypox can include secondary infections, bronchopneumonia, sepsis, encephalitis, and infection of the cornea with ensuing loss of vision.

Currently, the overall public health risk at global level is assessed as moderate considering this is the first time that monkeypox cases and clusters are reported concurrently in widely disparate WHO geographical areas, and without known epidemiological links to endemic countries in West or Central Africa.

The public health risk could become high if this virus exploits the opportunity to establish itself as a human pathogen and spreads to groups at higher risk of severe disease such as young children and immunosuppressed persons; a large part of the population is vulnerable to monkeypox virus, as smallpox vaccination, which confers some cross-protection,

has been discontinued since 1980 or earlier in some countries.

As ICS informs, genomic sequencing, where available, is undertaken to determine the monkeypox virus clade(s) in this outbreak. In addition, further public health investigations are ongoing in non-endemic countries that have identified cases, including extensive case finding and contact tracing, laboratory investigation, clinical management and isolation provided with supportive care.

A person meeting the definition for a suspected case AND one/ more of the following:

A case defined as either a suspected or probable case and laboratory confirmed for monkeypox virus by detecting unique sequences of viral DNA by real-time polymerase chain reaction (PCR) and/or sequencing.