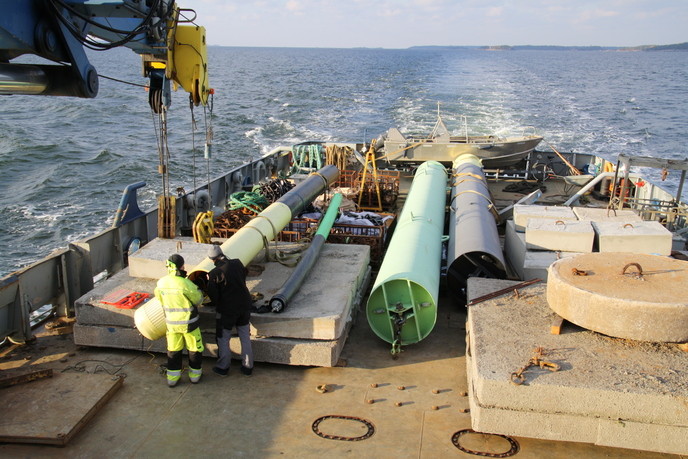 It has been previously said that an oil spill is the potential adverse effect of most maritime incidents, as they have disastrous consequences- both environmentally and economically. Oil spill response at sea is most times a complex procedure, because of the remoteness of the site or the number of interested parties.

A spill may take weeks, months or even years to clean up; spills at sea are generally much more damaging than those on land, as they can spread for hundreds of nautical miles polluting a great extent of coastlines; killing marine life; destroying ecosystems and damaging local economies; fishery and tourism.

Namely, the monitoring system measured oil in water in the open sea, mostly in fairways- the most prominent location of spills; the main measurement method used was UV-fluorescence, which was tested on different platforms such as ships, buoys and other platforms such as gliders and drifter buoys.

Moreover, the system can activate alarms when oil spills occur, as well as presenting data in graphs and tables to help users generate statistical probabilities of oil spills occurring. In the laboratory, GRACE studied the effect of oil components dissolved in water under an oil slick.

In addition, the team overlaid water with oil, then after stirring for about 2 days tested the cells of a range of organisms present in the water, such as copepods, mussels, zebrafish embryos and larvae. This was followed by measurement of physiological response to exposure.

Ms Kirsten Jørgensen, project coordinator at the Finnish Environment Institute (SYKE) commented that such results indicate that “dispersants should be used with caution, especially in sensitive ecosystems such as the Arctic and Baltic Sea.”

The team at RWTH Aachen University was also able to find links between genetic, metabolic and visual damage in biota due to oil. For instance, they observed eye development disorders in zebrafish.

GRACE defined a set of bioassays suitable for investigating oil spill impacts on organisms as well as the first prototype of a flow-through oil biosensor using hatched zebrafish embryos.

Mechanical recovery, dispersion, in situ burning and natural attenuation were all evaluated for their effectiveness in tackling spills, across the four seasons.

What is more, strategies were assessed separately for their impact on species and other organisms, from individuals to populations, at the sea surface, in seawater, on the seabed and on the shoreline.