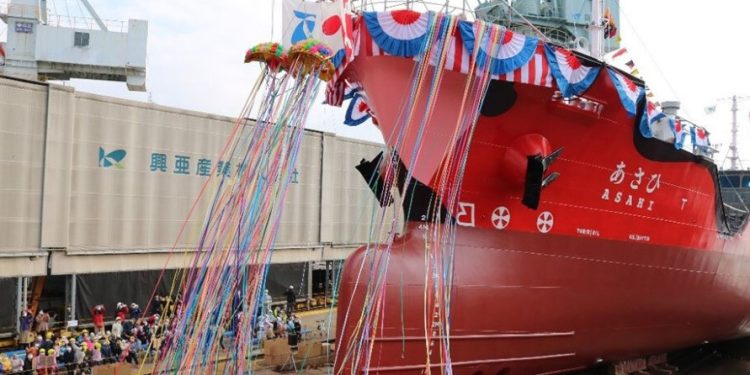 Mitsui O.S.K. Lines (MOL), a Japanese shipping company, announced its participation in the carbon offset. The company will use “J Blue Credit”, which utilizes the blue carbon, issued by Japan Blue Economy Association (JBE), an association approved by Ministry of Land, Infrastructure, Transport and Tourism.

According to the company, the “J Blue Credit” targets blue carbon, which is carbon dioxide (CO2) absorbed by marine and coastal ecosystems such as seagrass meadow, and is attracting attention as a new credit aimed at accelerating steps to mitigate climate change.

The project began on a trial basis in fiscal year 2020 and in its second year, credits were issued through restoration activities of seagrass meadow and tidal flats in Yokohama City, at the Port of Tokuyama Kudamatsu in Shunan City, and Hyogo Canal.

As mentioned, MOL-purchased credits are planned to offset CO2 emitted from world’s first zero emission electric tanker “Asahi” which is newly built by its group Asahi Tanker Co., Ltd. and is slated to be delivered at the end of this month.

In the future, the vessel will contribute to CO2 reduction of about 280 tons, 60% annually compared to conventional vessels by using renewable energy-derived electricity.