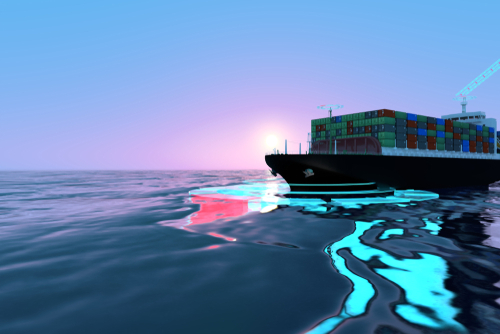 MOL and JRCS announced joint research on the use of AI-based object recognition technology by leveraging each company’s knowledge and technologies, with the aim of supporting watchkeeping while underway.

A key factor in ensuring safe vessel operation, of course, is watchkeeping by seafarers. On the other hand, objects such as fishing boats, buoys, debris, and so on cannot be detected by currently available nautical instruments such as radar. This puts extra strain on seafarers during their watchkeeping duties.

MOL and JRCS decided to research the possibility of using JRCS’s AI-based object recognition (Computer Vision) technology using camera imaging for watchkeeping, with the goal of reducing the mental burden on seafarers and further improving safety.

Specifically, the JRCS product “infoceanus command” which uses its proprietary Computer Vision, will be installed aboard an MOL vessel to verify its technical capability to recognize objects, including targets undetectable using currently available nautical instruments, and its effectiveness in supporting ship operation while underway.

In this verification test, the companies will confirm the equipment’s effectiveness at night and in low-visibility environments, particularly in situations that are stressful for seafarers, helping them estimate other vessels’ positions, travel directions, and speeds, as well as the distance between them and their own vessel, with the ultimate goal of recognizing such objects during autonomous sailing.

Overall, MOL and JRCS aim to further support ship operation and safety by reflecting the results gained in this verification in product development.