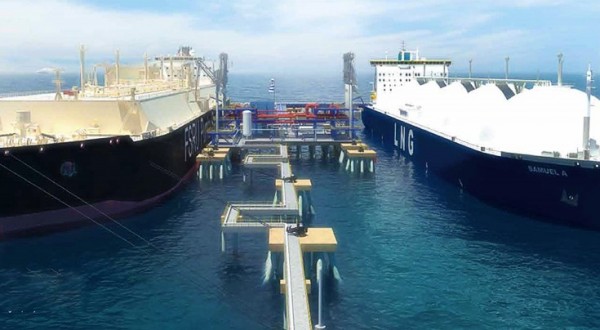 Mitsui O.S.K. Lines, Ltd. (MOL) announced the publication of the English version of its Environmental and Social Report 2014, which introduces the MOL Group’s perspectives and latest initiatives regarding corporate social responsibility (CSR) and the environment.

The report provides a broad range of information based on the viewpoints of the environment, society, and governance (ESG), which support MOL’s sustainability, and focuses especially on issues the MOL Group should emphasize to ensure continued growth while meeting the needs of its various stakeholders.

The special feature, “Contributing to Society through Businesses,” explains the significance of the ocean shipping industry, which supports virtually every phase of people’s lives today, from supplying energy and natural resources to transport of consumer products, as well as MOL technologies aimed at saving energy and protecting the environment.

The MOL Group continually strives to grow sustainably with society while earning the trust of stakeholders.

Shipping is an energy efficient mode of transportation; however, but vessels emit CO2, which is a cause of global warming, and NOx and SOx, which are linked to acid rain and atmospheric pollution. To further reduce such emissions, the MOL Group is implementing various unique actions including advancement of technologies and developments. We are also cooperating with shipyards and vessel equipment manufacturers to realize further reduction of environmental impact by developing technologies.

PBCF is a device that has been developed by MOL jointly with other parties since 1987 to improve propeller efficiency. PBCF produces a 4% to 5% improvement in fuel efficiency at the same speed, along with commensurate reductions in CO2 emissions. These fins have been widely installed on MOL-operated vessels, as well as other vessels around the world. As of March 31, 2014, PBCF had been introduced to more than 2,600 vessels worldwide, including vessels scheduled to be built. MOL is currently developing new PBCF, which target a further improvement in fuel efficiency of another percentage point.

Optimization of draft and trim is becoming popular as a technique for reducing ships’ CO2 emissions. CFD* calculations, tank tests, and full-scale vessel tests have been conducted with a focus on optimal trim to cut fuel consumption, and trim optimization has been shown to reduce CO2 emissions by up to 4%. MOL is now developing a system to calculate with high precision from small amounts of vessel data in joint research.

Minute concaves in the paint film trap the water, smoothen the rough surface and reduce frictional resistance. MOL’s performance analyses
have confirmed a more than 3% improvement in energy conservation, although differences exist between individual vessels. The next-generation paint (A-LF-Sea) is now being tested.

Offshore testing of the vessel has confirmed a reduction of more than 5% in CO2 emissions.Developed along similar lines, a propulsion assist system using the main engine’s waste heat energy has been highly evaluated, and was selected for the 2014 Japan Society of Naval Architects and Ocean Engineers (JASNAOE) Award (for inventions, designs, etc.) These systems represent one of the steps taken towards the realization of future marine engines in the ISHIN-III, the next-generation series of ships announced in April 2010.

For the first time in the world, MOL will install methanol and heavy fuel oil dual fueled slow-speed diesel engines on vessels. Methanol fuel can
realize Zero emission of SOx, and is drawing considerable attention as an energy source with a low environmental impact. (Planned for delivery in 2016).

MOL acquired approval in concept for installation of a packaged container ballast water treatment system that can fit in a vessel’s cargo hold. This
marks Japan’s first approval of such a system by Nippon Kaiji Kyokai (ClassNK). The system is packaged in a 40-foot container (about 12 m long) with electrical equipment. Ease of maintenance and accessibility were considered for this containerized design. This design means that installation time is expected to be reduced by an estimated seven days, compared to installing a system in the engine room. MOL has installed an experimental system on MOL-owned containership to verify its operation.

In April 2013, MOL announced completion of work to install a ballast water treatment system on a VLCC. MOL is the first Japanese shipping company to install such a system on an existing VLCC prior to the enforcement of the Ballast Water Management Convention. In case of an oil tanker, most of the ballast water treatment system is required to be installed in the pump room, which is very narrow and small, and thus requires very high levels of safety and process management.

You can read the report by clicking on the image below:

In the start, I was outspoken with you propecia before and after has changed my existence. It has become much more fun, and now I have to run. Just as it is incredible to sit.