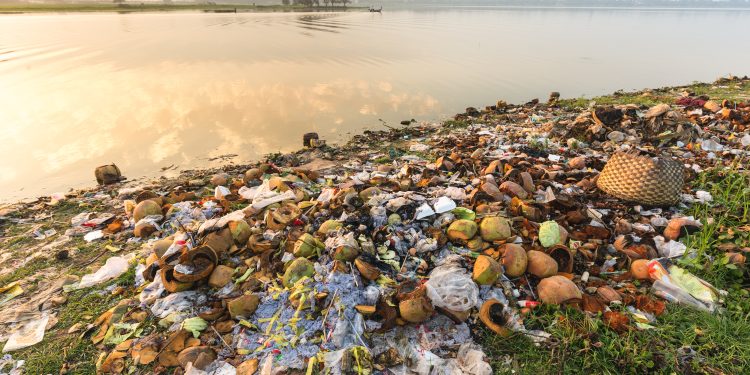 MOL and Miura announced the development of new centrifugal-type microplastic (MP) collection device, which can collect MPs while a vessel is underway.

The system will operate by leveraging their technology and knowledge of an earlier MP collection device they co-developed. The new device was installed on the MOL-operated car carrier Emerald Ace last month for a demonstration test.

With the aim of collecting MPs, which are a source of ocean pollution, MOL and Miura have developed a collection device that captures MPs collected and trapped in a filter with a backwashing function, which constitutes the ballast water treatment system, and installed it on a total of five vessels-three bulk carriers and two wood chip carriers.

While these vessels were at unloading ports, the systems treated a total of about 16,000m3 of seawater. The development of this new model was intended to further increase treatment times, area, and capacity.

The addition of a centrifuge allows the device to efficiently separate floating microplastics (MPs) from concentrated seawater with a high density of floating debris, without closed plumbing.

This enables it to treat sea water line, which continually draws in seawater, and even treat the full amount of discharge water after passing through the filter with the backwashing function of the ballast water treatment system, which was limited to a part of treatment in the previous device.

On Emerald Ace, MPs can be continuously collected while sailing, by connecting the system to the cooling seawater line, which always draws in seawater. This gives the system an annual seawater treatment capacity about 70 times that of the previous device.