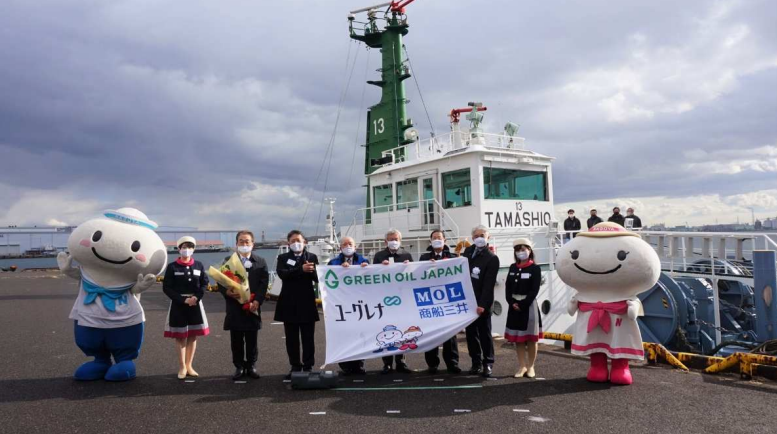 In fact, the test was conducted with the cooperation of the Nagoya Port Authority. For the records, the "13 Tamashio" is owned and operated by MOL Group company Green Kaiji Kaisha, Ltd.

The euglena biodiesel fuel used in the test was transported from euglena Co., the demonstration plant for the production of bio-jet/diesel fuels in Yokohama and supplied to the 13 Tamashio in berth at the Nagoya Port Garden Pier.

In addition, the euglena biodiesel fuel is a next-generation renewable fuel produced with used cooking oil and Euglena, a type of algae similar to brown seaweed and sea tangle.

What is more, it was noted that marine diesel engines can run on this next-generation fuel with no modifications.

Namely, euglena biodiesel fuel is a low-environmental impact fuel, which conforms to SOx regulations, because unlike conventional heavy fuel oil, it contains no sulfur, a major source of air pollution.

MOL and euglena Co. are working to reduce the maritime industry’s environmental impact and realize a sustainable global society, while moving ahead with environment-friendly activities.