Modernising the handling of Safety Management Systems for better efficiency 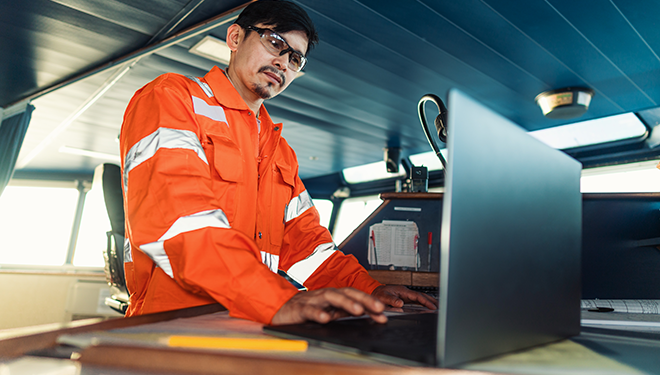 Following several sea accidents during the late 1980s, there was widespread concern over maritime safety. The decade had seen a series of maritime incidents, the most serious one being the sinking of the Herald of Free Enterprise’s Ro Ro Ferry as it sailed from Belgium to England. As a result, in October 1989 the International Maritime Organization (IMO) adopted resolution A 647 (16) which specified guidelines on management for the safe operation of ships and for pollution prevention.

Following this resolution, the IMO’s International Safety Management (ISM) Code became mandatory with its entry into force on July 1, 1998. The ISM Code mandated that commercial maritime companies assess all identifiable risks to a company’s ships, personnel, and to the environment, and establish appropriate safeguards. In short, ISM provides an international standard for the safe management and operation of ships at sea.

As an important element of the ISM Code, all commercial vessels are required to have a Safety Management System (SMS) in place to establish safe ship management procedures. The SMS must also include procedures for reporting accidents and any non-conformities with the ISM Code as well as procedures for preparing for and responding to emergency situations, and procedures for internal audits and management reviews.

In addition to the long list of SMS requirements, adherence is required also to the International Ship and Port Facility (ISPS) Code. This code represents a set of measures that enhance the security of ships and port facilities and was developed in response to the 9/11 attacks in 2001.

Part of the Safety of Life at Sea (SOLAS) Convention, ISPS is mandatory for the 148 contracting parties to SOLAS. It requires shipping companies to assess any security-related information received, and to distribute it to the appropriate government contracting agencies. A proper communication protocol must be defined for ships and port facilities to ensure that the information exchange is without complications.

SMS requirements are manyfold and demanding. Constant attention to them is, therefore, necessary to maintaining full compliance. Any identifiable deviation from the SMS requirements that poses a serious threat to safety or risk to the environment requires immediate corrective action.

Such deviations can be easily overlooked. For example, a faulty fire alarm system, problems with the oil and water separator system, or an insufficient number of life rafts are potential safety threats that need to be addressed, reported, and documented. The validity of the documents is another challenge since any changes to the status quo require the documentation to be amended and updated accordingly. Such changes can include any number of things, including for instance, a ship’s change of flag, amended safety precautions for different cargoes, or a change from standard lifeboats to free fall lifeboats.

The main challenge is the pure volume of documentation demanded. All procedures need to be properly recorded and the documentation must be readily available to all relevant stakeholders. In times of heavy workload or difficulties in maintaining schedules, it is easy for errors or omissions in the reporting process to occur.

Audits, both internal and external, are taken to check on possible SMS deficiencies and non-conformities. They also measure whether vessel SMS’ comply with ISM Code requirements. There is, however, no guidance as to how to carry out an internal audit, nor what it should include. The guidelines are focused almost entirely on the necessary procedures and documentation.

Internal audits are carried out at least once a year, the main objectives being to verify compliance with the regulations, to ensure that the SMS is being properly implemented, and to supervise actions taken to improve safety performance. The audit is headed by a designated shore-based person who issues a report on the findings. The company and the vessel personnel are required to act on the report, with both corrective and preventive actions taken. All such actions must be accurately documented.

A comprehensive SMS system also requires that shoreside teams have a high level of oversight of onboard activities. This, in turn, necessitates the constant exchange of documents between ship and shore, which can present a challenge, especially when vessels do not have consistent internet access.

The amount of documentation needed is likely to increase along with the growth in regulations. Environmental regulations in particular have grown considerably in recent years, and this growth is expected to continue as the IMO works towards 2030 and 2050 targets. This will add to the workload in accurately completing all required documents, and with that, will also increase the potential for human error to occur. 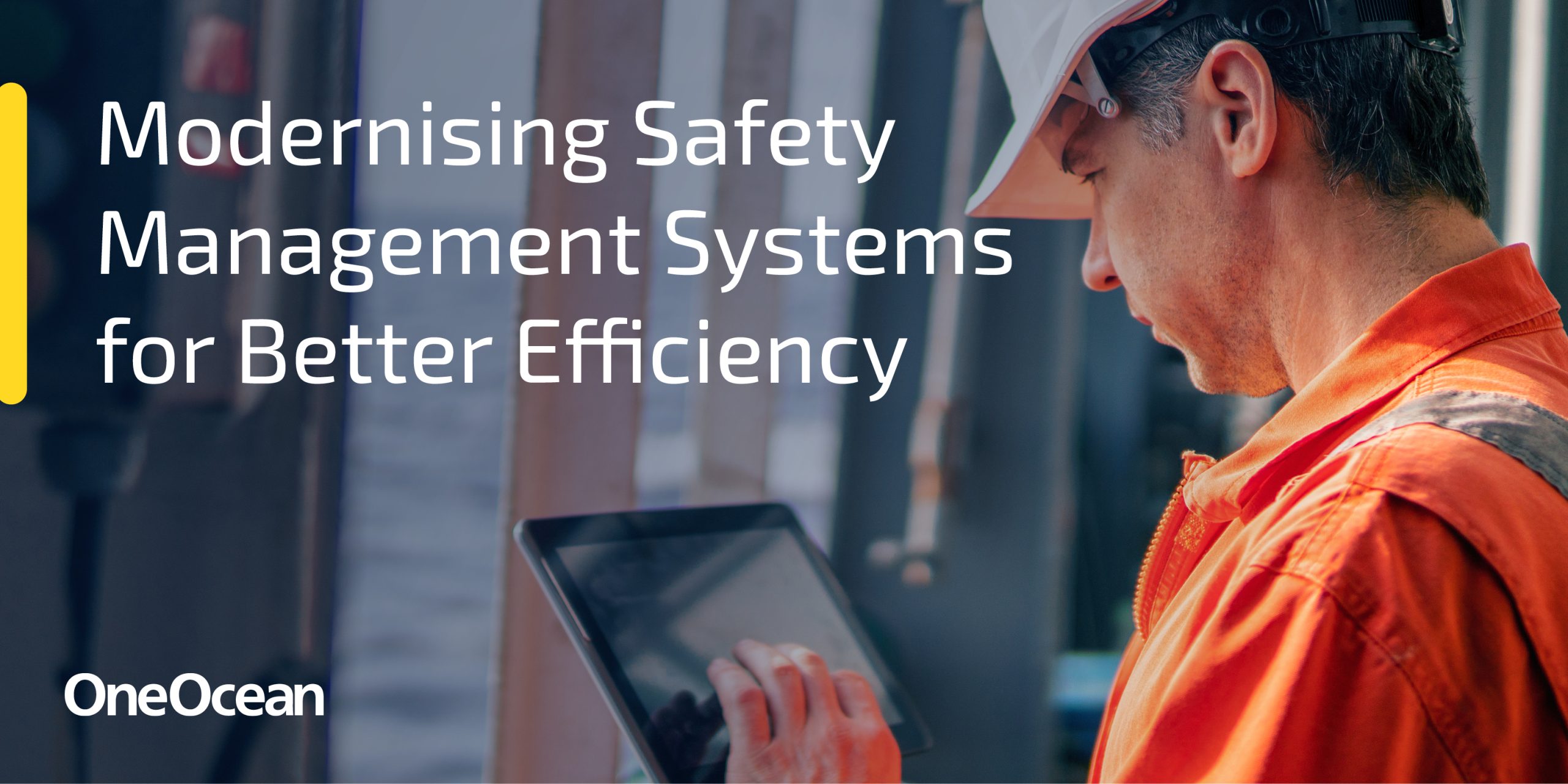 Manual documentation and handling of paperwork continues to be the standard and most common method for dealing with SMS requirements, despite the fact that digital technology is available to simplify and improve the efficiency of this task.

The most common reasons for non-compliance relate to manual documentation issues. Too often, negligence in following the latest requirements results in outdated procedures, checklists or work permits being used. Forms and checklists are sometimes improperly completed, and signatures can be missing. Incident reporting is not always properly processed, and records are sometimes unable to be produced for the auditor.

Approximately half of the audit protocol relates to documentation, and the majority of non-compliance observations are due to incorrect manual completion and handling of documents. Digital systems virtually eliminate this from happening and serve to speed the entire process.

A similar situation exists with ship surveys, which although mainly concerned with the technical condition of the vessel, also require that all documentation is in order. A digitalised handling mechanism eliminates the likelihood of documenting mistakes being made.

As more and more ‘official’ documents, such as class and statutory certificates and some flag registry certificates, are in digital format, it makes sense that SMS handling should be in digital format also. Furthermore, there are a few flag states, the Marshall Islands being one, that consider International Ship and Port Facility Security (ISPS) to be part of the ISM Code. In such cases, the audits for ISM, ISPS, and the Maritime Labour Convention (MLC) are usually carried out simultaneously, and there is a clear lack of efficiency if the documentation for each code is held separately in different locations. Digital solutions overcome this challenge.

Contrast such difficult and time-consuming manual handling with a holistic, digital system that is dynamic, inter-connected, and easily accessible by all stakeholders. Efficiency provided by digital technologies is driving change throughout the maritime sector, and perhaps nowhere is this change more needed than in the management of SMS requirements.

To find out more about how OneOcean can help your teams establish an efficient digital SMS, visit www.oneocean.com/products/docmap/.