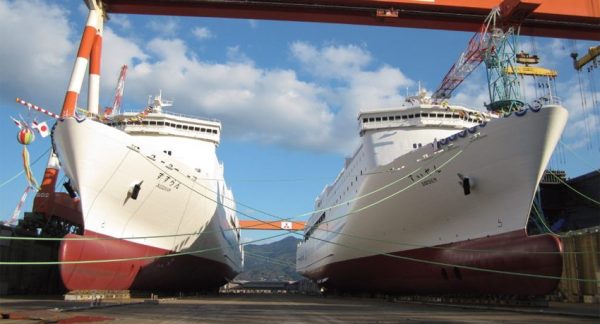 Above image is used for illustration purposes only / Credit: MHI

The company also announced executive-level personnel changes from March 31 and April 1, 2019. These appointments were approved at a meeting of MHI's Board of Directors held in Tokyo.

Mr. Izumisawa succeeds Shunichi Miyanaga, who will take on the role of Chairman of the Board after six years as MHI's executive leader.

Mr. Izumisawa assumes the role of President & CEO, CSO after serving as Member of the Board, Executive Vice President, CSO, Head of Business Strategy Office since June 2018, his latest position in a more than 30-year career at MHI.

In his previous role Mr. Izumisawa played a key role in developing the Group's growth strategy and organizational and product portfolio transformation as part of the Medium Term Business Plan, which will guide MHI's further global expansion, profitability and financial strength.

During his tenure as President & CEO, Mr. Miyanaga led the successful transformation of the MHI Group's structure, growing revenues from $30 billion to $38 billion, expanding the global workforce from 68,000 to 80,000 and doubling the number of employees outside Japan to 28,000.

He also worked to overcome challenges related to the Group's cruise ship business and US nuclear arbitration, and continues to address challenges in the development of the Mitsubishi Regional Jet (MRJ).

As Chairman, Mr. Miyanaga will continue to oversee the MRJ program and the fossil fuel powered energy business, as well as deepening strategic global alliances in close coordination with the new leadership team, enabling Mr. Izumisawa and his team to concentrate on new growth areas. 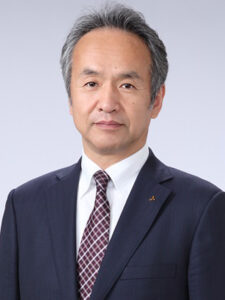 Mr. Seiji Izumisawa, the new President and CEO of MHI

Under Mr. Miyanaga's visionary stewardship MHI Group has transformed, and grown significantly both in revenues and global reach. Building on his legacy, MHI Group will use its collective strengths as a conglomerate to take on the challenges of the 4th industrial revolution and leverage the opportunities offered by ongoing major changes in the world to deliver growth. The company will venture into new areas and new technologies; incorporate AI into our existing offerings and develop next-generation solutions in new areas like cyber security,

...Seiji Izumisawa said on the occasion.