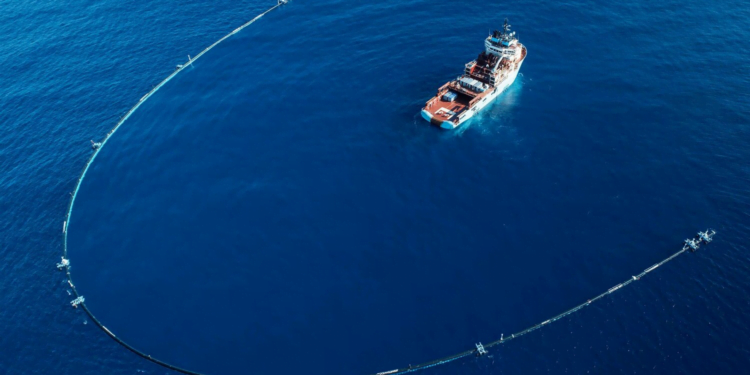 The Blue Technology Barometer is a ranking of 66 coastal countries and territories on their progress and commitment toward protecting ocean sustainability.

The purpose of the report is  to see where and how ‘blue technologies’ are being engaged to further efforts to clean up the oceans, reduce sea-related carbon emissions, and make maritime economic activities more economically and environmentally viable.

Blue technologies are defined as “technology or tech-enabled processes that can help mitigate the effects of climate change or restore health to marine ecosystems”.

There are three main contexts in which this is being achieved:

#1 Science and nature-based approaches to reduce pollution and address environmental degradation, such as microbial biotechnology approaches or “carbon-negative” polymers to take on the challenge of accumulating ocean plastics.

#2 Attempts to increase decarbonization, either through directly removing carbon dioxide from the ocean or using the ocean as a “platform” for renewable energy.

#3 The creation and management of information and insight into maritime commercial activities, through sensors and AI-enabled analytics.

Blue technology ecosystem and its leadership position in offshore renewable energy facilities, which includes the world’s largest offshore wind farm, a 50-megawatt facility off the coast of Aberdeenshire, Scotland. The UK is also committed to fishing and marine conservation activities and has made modest but significant progress on reducing carbon dioxide from marine activities

The UK also scores the highest within the innovation pillar which assesses the countries’ contribution to sustainable ocean technology research and development, including expenditure, patents, and start-ups.

This comes as the UK Government recently announced the winners for the £23m Clean Maritime Demonstration Competition (CMDC) and revealed an extension to the competition in the Chancellor’s Autumn Budget, promising the maritime sector a share of £300m.

The CMDC aims to support the design and development of technologies for the reduction of greenhouse gas emissions by the UK’s maritime sector as set out in the Clean Maritime Plan and support the transition to Net Zero by 2050.