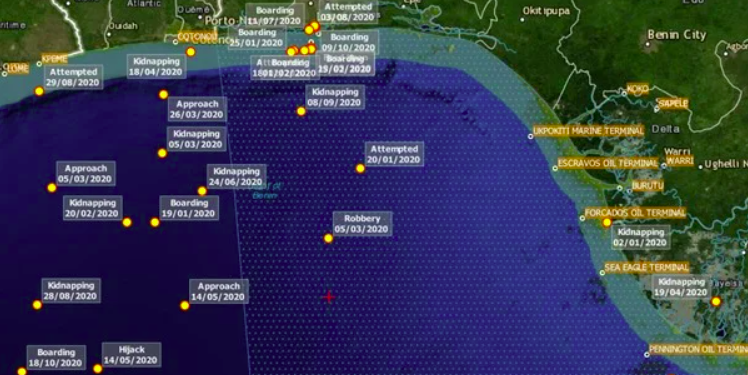 The worst case scenario was avoided for the Panamanian-flagged bunkering vessel M/T ERRINA, which lost contact last week and was feared to have been subject of attack in the Gulf of Guinea. Most recent reports indicate that the vessel was boarded but all personnel had managed to retreat to the vessel citadel and are safe.

The vessel had departed Limboh anchorage on 20 October, heading in a South West Direction.

An alarm was raised when the SSAS was activated on the ship and then the owner company was unable to contact the vessel.

Initial indications were that the vessel position was 200nm West Sao Tome, a position irregular to its known trading pattern.

However, an update by maritime security company Dryad Global informs that information broadcast on the SSAS had probably been in error and the vessel has subsequently been shown to be at a location South of Lagos.

Reporting indicates that the vessel was boarded but all personnel had managed to retreat to the vessel citadel and are subsequently safe and accounted for.

This is the 19th incident within the Nigerian EEZ. Despite the wider uptick in overall incident reporting, this represents a decline on incident volumes within this area, Dryad notes.

All vessels are reminded that there remains a persistent and elevated risk within this area and are encouraged to maintain increased vigilance and employ enhanced mitigation at this time.