Millions-worth of cargo still trapped on MV Ever Given 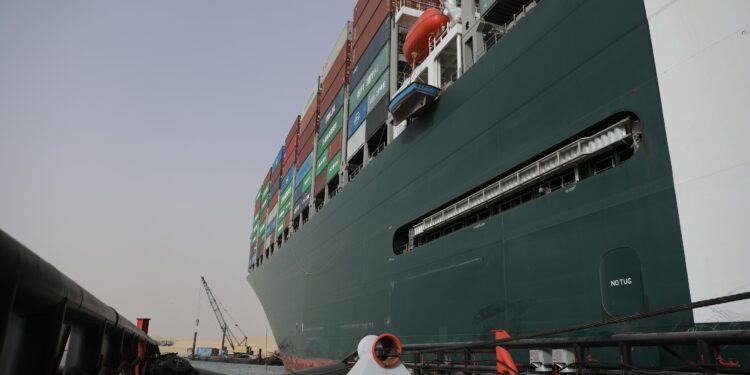 Million of dollars of cargo is still stuck in limbo onboard the MV Ever Given amid an ongoing legal battle almost three months after the giant container ship grounded and blocked the Suez Canal.

To remind, in mid-April, an Egyptian court ordered the seizure of the vessel, along with its 18,300 cargo containers, after the Suez Canal Authority filed an initial $916 million compensation claim against Japanese ship owner Shoei Kisen Kaisha for damages and losses incurred when the ship ran aground in a narrow part of the canal.

We don’t hold out much hope of seeing our stock this year and although it is insured in transit, we have guessed there will be little chance of seeing a settlement for months if not years,

The companies may be forced to pay under “general average,” a law requiring parties involved in a voyage to proportionally share costs in case of loss.