MHI to become member of Charter of Trust for Cybersecurity 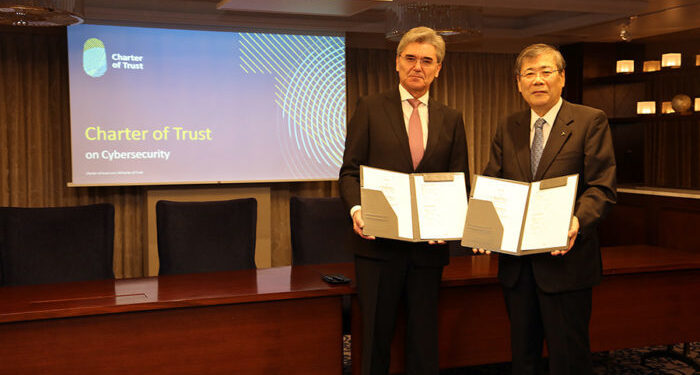 Mitsubishi Heavy Industries (MHI) signed a letter of intent to enter the Charter of Trust for Cyber-security in Tokyo. The membership will be finalized by the end of September, 2019. As the 17th Charter partner, MHI will become the first Asian company to join the global cyber-security initiative.

On February 15, 2019, the BSI German Federal Office for Information Security, the CCN National Cryptologic Center of Spain and the Graz University of Technology in Austria joined as associate members. Charter of Trust member companies have also established baseline requirements to make digital supply chains more secure. The partners have also recently announced their intention to implement these requirements in their own supply chains.

According to the Center for Strategic and International Studies, threats to cyber-security in 2018 led to 500 billion euros in losses globally. In addition, threats to cyber-security are on the rise as the world digitalizes even more. In fact, according to Gartner, 8.4 billion networked devices were used in 2017, 31% more than in 2016. The figure is expected to increase to 20.4 billion by 2020.

Cybersecurity is the key enabler for a successful implementation of the Internet of Things, as well as protecting critical infrastructure. And cybersecurity also knowns no boundries