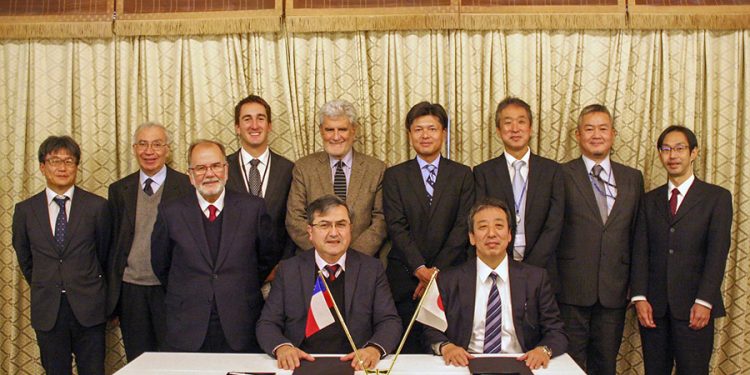 Mitsubishi Heavy Industries (MHI), on December 6, signed a Memorandum of Understanding (MoU) with Guacolda Energía, to begin a feasibility study for the introduction of ammonia co-firing at a coal-fired thermal power plant operated by the company in Chile.

The power plant that will be the site of the study is located in Huasco, Atacama Region, approximately 700 km north of the capital city of Santiago. The plant comprises five power generation units with a total output of 758 megawatts (MW). MHI supplied the boiler, steam turbine, and other core facilities for this plant.

Under the feasibility study plan based on the MoU, MHI, with support from its power solutions brand Mitsubishi Power, will determine and conduct a study of supplying the ammonia burners and other boiler facilities and equipment necessary for ammonia co-firing.

Phase 1, through 2024, will be a basic study for 30% ammonia co-firing to identify the problems involved. Phase 2, from 2025 to 2026, will be to consider solutions to the problems identified in Phase 1, and compile a detailed plan for demonstration of 30% ammonia co-firing. In the future, Guacolda aims to conduct demonstration testing at the plant and increase the co-firing rate.

Chile has set a target for carbon neutrality by 2050 and plans to increasingly incorporate non-conventional renewable energy sources into the Chilean electricity matrix.

Commenting on the signing of the MoU, Guacolda Chairman Jorge Rodríguez said:

A rational policy to reduce greenhouse gases should consider a gradual withdrawal from the use of fossil fuels, combining them with more climate-friendly energies such as green hydrogen, green ammonia and long-term storage technologies, in the most economical way possible but always safeguard the safety of the electrical system as a whole