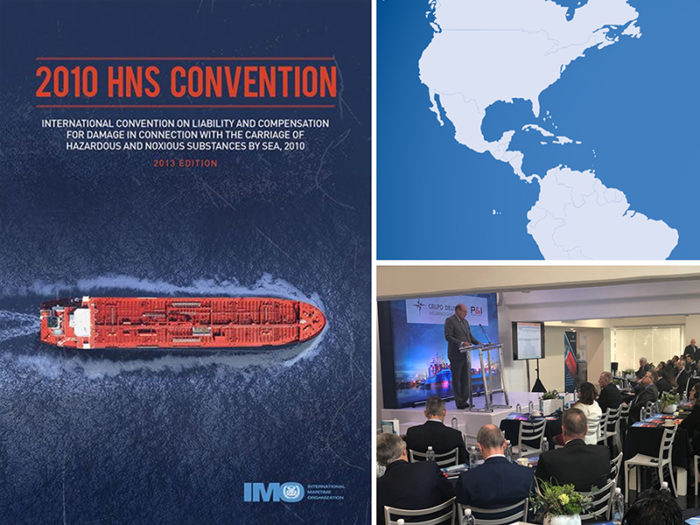 The maritime authorities of the Government of Mexico have agreed to place a high priority on ratifying three important IMO legal conventions, following a workshop in Mexico City. These are the 2003 Fund Protocol, the 2001 Bunkers Convention and the 2007 Nairobi Wreck Removal Convention.

Except for these three conventions, Mexico will also consider accession to the 2010 HNS Convention. The Governments of Guatemala and Honduras have expressed similar intent.

Both the Fund Protocol and the Bunkers Convention deal with compensation after oil spills from ships. Along with the 1992 Civil Liability and Fund Conventions, to which Mexico is already a State Party, they provide a framework to make sure that funds are available to compensate spill victims while, while also, establishing limits of liability.

The Nairobi Wreck Removal Convention provides the legal basis for States to remove shipwrecks that may risk lives and the marine environment, as well as goods and property at sea.

While all these three measures are in force and legally binding on all countries that have ratified them, the 2010 HNS Convention has not yet been applied. Among the criteria that have to be met for this to happen is that at least 12 states have to formally ratify it. Until now, only five have done so. The HNS Convention will establish a compensation and liability regime covering accidents regarding hazardous and noxious substances.

Mexico confirmed its commitment to these measures at the conclusion of a marine environment seminar (4 October) organised by P&I Services Mexico, an insurance organization. Several international organizations, including IMO, were on hand to explain the benefits of ratifying the conventions and offer advice and assistance