Mexico, Ecuador, Korea in the spotlight of IUU activities

In 2017's report, NOAA identified Mexico, Ecuador and Russia for reported IUU fishing activities but have since taken corrective actions to remedy those activities.

In 2019's report, Mexico, Ecuador and the Republic of Korea were identified for reported IUU activities.

During summer, the European Union published an infographic, providing information of the Illegal, Unreported and Undocumented (IUU) fishing, adding that fishing can be though of as illegal when there's no authorization, when it is against conservation and management measures by RFMOs and when it is against national laws and international regulations.

Oceana analyzed the activities of vessels with histories of possible illegal, unreported and unregulated (IUU) fishing, forced labor or human trafficking, and resulted to three suspicious behaviours that vessels follow when they're conducting IUU: 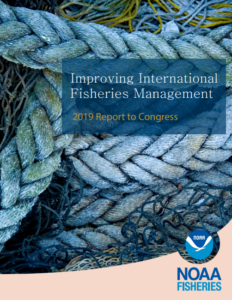