by The Editorial Team
in Offshore, Others, Smart, Smart Parent 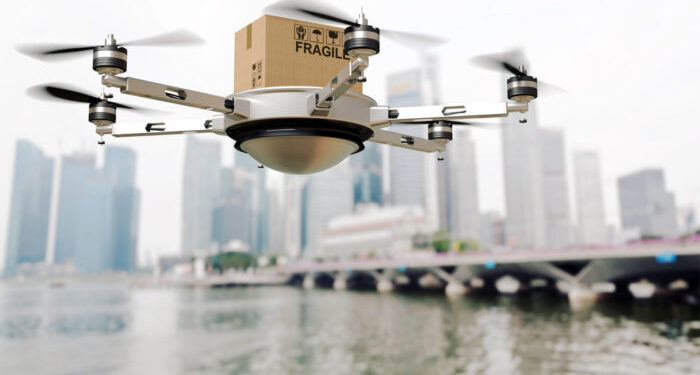 In an effort to enhance digitalization within the operations,UK Government agreed to invest up to £5.6 million to promote North Angus and Montrose as a clean growth zone where new technologies can be used to improve energy efficiency.

Namely, the investment includes support for developing a Drone Port at Montrose which will benefit the emerging offshore wind developments and create a regulated testing area to attract companies from across the UK.

This includes support for developing the Mercury Drone Port which is expected to benefit the emerging offshore wind developments and create a regulated testing area to attract companies from across the UK.

The port will provide developers and drone operators with dedicated ‘drone friendly’ airspace, with plans to provide ground-based support facilities. These will be designed to primarily to facilitate the development of operation drones Beyond Visual Line of Sight (BVLOS) and autonomously in unsegregated airspace.

What is more, a further £5.9 million will be invested into low carbon projects across the region, such as utilising electric and hydrogen vehicles as low emission transport methods, and reducing the carbon impact of housing.