MEPC71 outcomes and their implications for shipowners

by Stamatis Fradelos
in Opinions 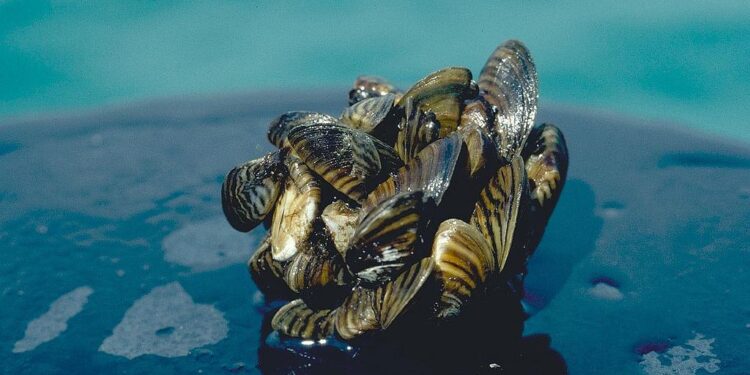 The zebra mussel is a ubiutious invasive species that spread from Europe to the Great Lakes and on to many rivers and lakes in eastern and central North America. The mollusk has fouled power plants, water purification facilities, ships, and littered beaches with decaying mussels and sharp shells. Large populations have devoured plankton and decreased the food available for commercial and game fish / Credit: NOAA

Significant progress has been made on implementation of the Ballast Water Management Convention but deferral is not automatic in all cases, says ABS Global Marine Manager Stamatis Fradelos.

The conclusion of the 71st meeting of the Marine Environment Protection Committee continues to present a crowded regulatory timeline for shipowners and operators. One of the primary outcomes was the clarification of implementation dates related to the D-2 Standard of the Ballast Water Management Convention.

The compromise proposal to defer the compliance dates for some ships with the Convention was intended to channel installations to a point in time it would be practical for ships to undertake installations, to enable shipowners to install a system type approved according to the revised 2016 G8 Guidelines and to space out the implementation process over a defined five year period, thus giving certainty to all stakeholders.

In the process, owners continue to have options around compliance dates based on their International Oil Pollution Prevention (IOPP) Renewal Survey dates and agreements with flag states.

The principal business concluded on ballast water management under agenda item four concerned Regulation B-3, which defines the date by which a vessel must meet the D-2 standard, requiring fitting of a Ballast Water Management System (BWMS).

On the basis of a compromise agreement proposed by Brazil et al, presented by Norway and agreed by the committee, existing ships may postpone the requirement to install a BWMS by two years after the entry into force of the Convention depending on the dates of their last and future IOPP renewals.

All other existing vessels will be required to comply at the first IOPP renewal survey after Sep. 8, 2019. For such cases where the IOPP renewal falls after Sep. 8, 2019 an owner may choose to deharmonise this certification before the Convention enters into force if their Flag allows for this, which would move their implementation to the latest by Sep. 7, 2022.

While not discussed during MEPC 71, owners of vessels with original IOPP renewal scheduled between Sep. 8, 2017 and Sep. 8, 2019 and which have recently deharmonised their IOPP renewal may seek the agreement of their flag to revoke the recently issued IOPP certificate and revert to original schedule thereby gaining a deferral, though this too is a matter for discussion with the flag state.

For new ships – defined as vessels with a keel laying date on or after September 8, 2017 – the Convention will apply upon delivery of the vessel. Most newbuilding deliveries made before the MEPC 71 meeting – thus considered existing vessels – are already being made with a BWMS installed, although they were not required to use it until the D-2 standard compliance date.

MEPC 71 also finalised the Code for Approval for BWMS which will replace the revised G8 Guidelines as a mandatory Code for systems approval. The new Code – like the G8 Guidelines – is designed to address transparency and robustness of BWMS testing and give owners more confidence in BWMS operations

Manufacturers will be encouraged to test to the Code standards as soon as possible and not later than Oct. 28, 2018. Installations on board after Oct. 28, 2020 shall be approved in accordance to the new standard.

BWMS manufacturers are now looking at test procedures in which systems are examined under IMO and USCG standards in parallel, though the result will still be two different certificates.

MEPC also developed and agreed on Contingency Measures to be carried out when it is determined that a vessel’s ballast water does not meet the D2 standard. This includes operations which may be defined in its plan or other alternative measures agreed between the port of discharge and the vessel.

In the years following entry into force, a period of experience building is designed to allow MEPC to gather data as to whether BWMS are operating to expectations and how the Convention or may require revisiting. As previously agreed, there will be no penalisation of owners with BWMS fitted to the standards of the earlier G8 Guidelines provided they are properly operated and maintained.