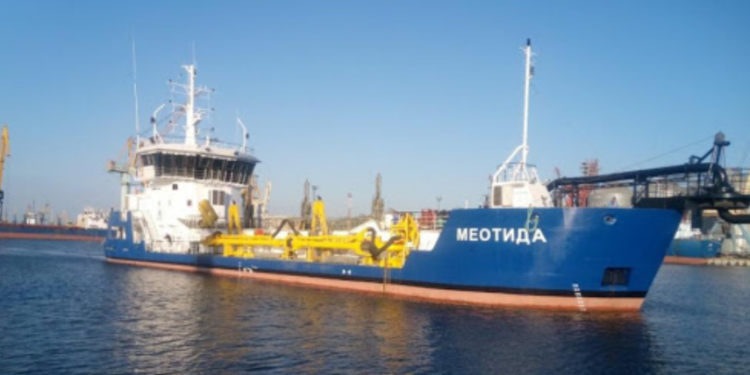 According to the Ukrainian Sea Ports Authority (USPA), the hopper dredger vessel “Meotida” of Delta-pilot branch, successfully completed its operations on the field of the Berdyansk seaport approach channel. while relocated back to Mariupol.

For the records, Meotida has been offering its services in Berdyansk since last August and during this period removed around 300.000 cubic meters of dredge spoil.

With the vessel returning back to Mariupol, the dredging operations will be basically performed on the 9-11-th kilometer of the Coal harbor approach channel.

In the meantime, the large-scale dredging project in the Berdyansk port continues, with the aid of the dredging contractor “Azimut”, the “DUNAY” multi-bucket dredger, three scows and the “UMD HERCULES” hopper dredger.

How Russia’s invasion of Ukraine impacts the port of Rotterdam

In fact, the project is around 40% complete, while the contractor’s total amount of work in the Berdyansk port, is 1.850.000 cubic meters.

In light of the situation, several days ago the Oregon International Port of Coos Bay along with Port of Siuslaw and Business Oregon announced their collaboration, in order to complete the dredging operations in the inner boat basin of Port of Siuslaw.