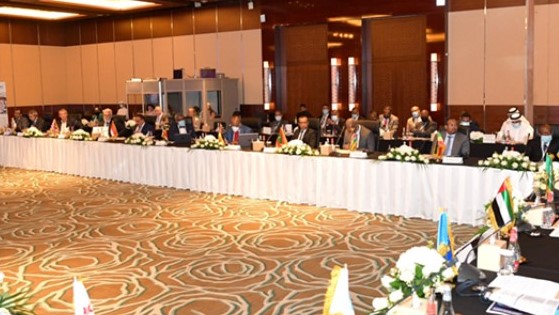 Signatory States to the revised Code of Conduct concerning the repression of piracy, armed robbery against ships and illicit maritime activity in the western Indian Ocean and the Gulf of Aden Area, known as the Jeddah Amendment to the Djibouti Code of Conduct 2017, have agreed a raft of measures to combat new and emerging threats to maritime security.

The high-level meeting, held in Dubai (28-30 June), acknowledged that maritime threats have evolved and expanded beyond piracy into other challenges that have a damaging effect on the economies of the Signatory States.

The meeting adopted four resolutions aimed at strengthening measures to meet the new challenges. These include measures to develop:

The response to all these challenges and the promotion of maritime security, cannot be achieved by one country or organization alone. The efforts must be collective and multinational

“Under the Jeddah Amendment, the region has now come up with very good initiatives for what we can consider as regional solutions for regional problems. The Jeddah Amendment also offers a very good framework for such cooperation,” added co-chair H.E. Mrs. Mariam Aweis Jama, Somalia Minister for Ports and Marine Transport.

According to IMO, among other things, the DcoC/Jeddah Amendment regime has established a functioning network of Information Sharing Centres and a regional training coordination mechanism. Signatory States have embraced the IMO “Whole of Government” approach to maritime security, including the establishment of National Maritime Security Committee Structure (Including Sub-Committees), development of the National Maritime Security Risk Register and producing the National Maritime Security Strategy by all participating States, with support from IMO.
In addition, last year, the IMO announced the launch of a new website www.dcoc.org aimed at sharing information on the implementation of the Djibouti Code of Conduct. The platform is expected to play a significant part in enhancing regional cooperation in countering piracy and other illicit maritime activities.