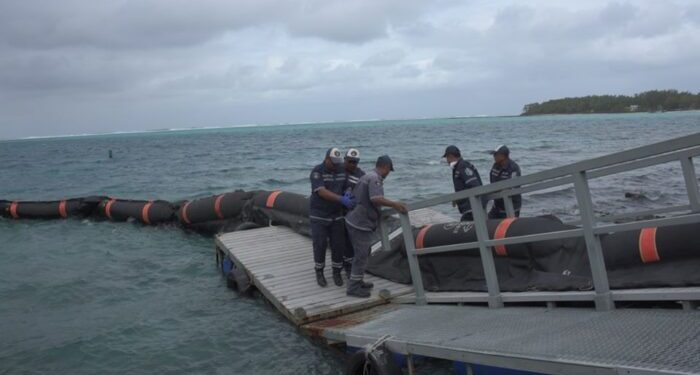 Bad weather conditions worsened Mauritius’ efforts to contain an oil spill from a bulk carrier, with experts noting that the vessel may cause huge damage to the country’s coastal waters and marine wildlife.

Specifically, the National Coast Guard and Polyeco, an environment services company, are trying to contain the leakage from the Panama-flagged MV Wakashio, which ran aground two miles off the coast on July 25.

To remind, in late July, Mauritius’ Minister of the Environment Kavi Ramano addressed the current response to the grounding of the MV Wakashio, which was heading to Brazil from China, when it ran aground around on Saturday, July 25.

Although Mr Ramano stated that there was no indication of oil spill, GreenPeace Africa issued a statement highlighting that the spill is “likely one of the most terrible ecological crises ever seen on the small island country.”

For the time being, a floating barrier has been deployed around the vessel to contain the oil, the shipping company said. The government on Thursday closed some of the country’s beaches.